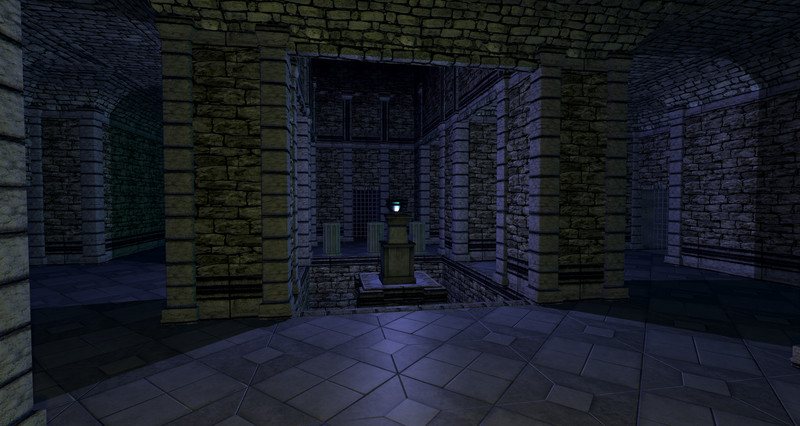 Experience a new kind of immersive horror in Dreadhalls!

You are trapped deep inside a massive dungeon. Explore it, survive it, and find a way to escape. Your only weapons will be stealth, your own courage, and a faint light.

Inspired by the survival horror and roguelike genres, Dreadhalls has been terrorizing people ever since its debut at the 2013 Oculus + Indiecade VR Jam.

Dreadhalls is an intense and scary experience, not for the faint of heart. You have been warned! 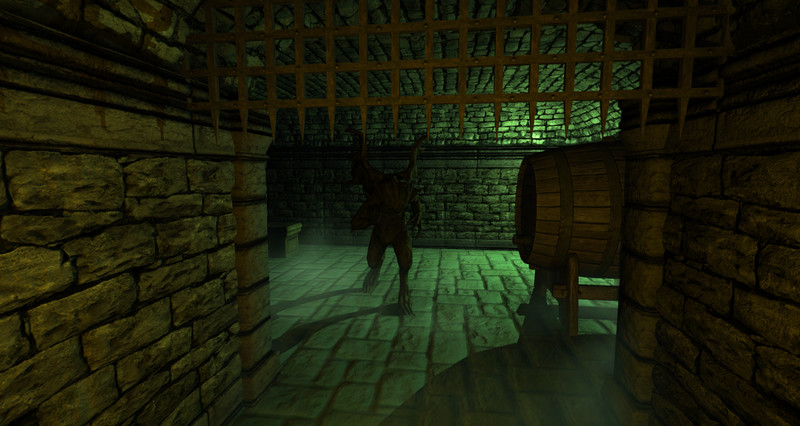 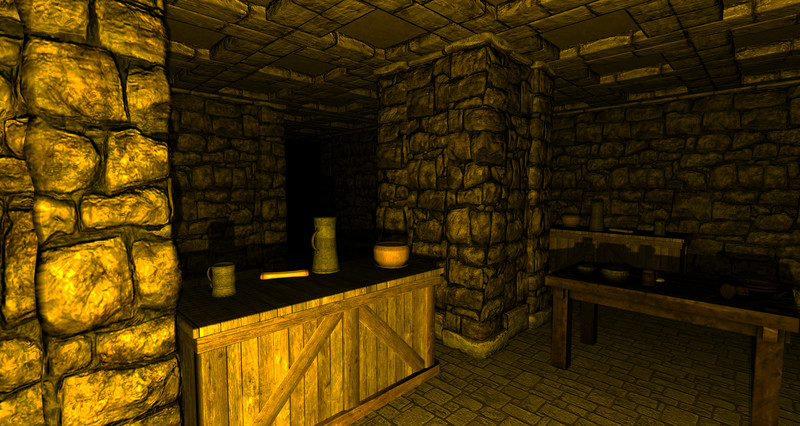 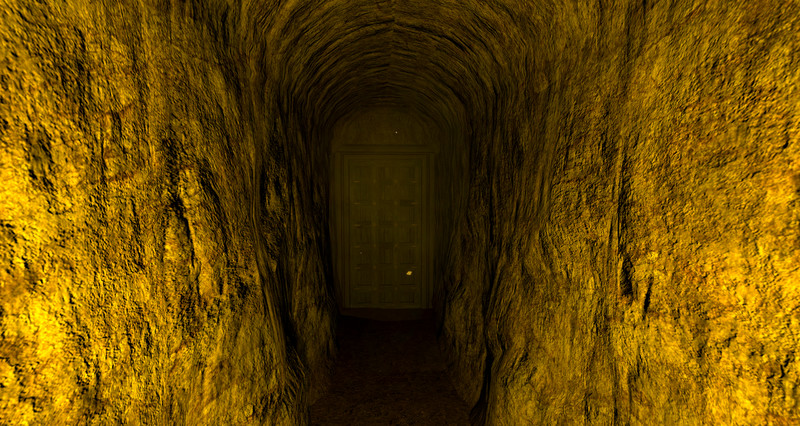 
Yikes. Just about pooped myself on stream, very sp00ky. Wow, truly one of the best VR survival horror games out for the HTC Vive! Check out my first VR gameplay, also with Mixed Reality view, in this video below:

My short video "review" speaks for itself, but I have to add that that I´m amazed about Dreadhalls - its a lovely VR horror experience with beautiful graphics, perfect sounds and music that adds to the immersion and gives the game a creepy feeling from the first minute of your gameplay. Controls are perfect with FREE LOCOMOTION - no teleporting needed - and the control system itself with Vive controller tracking and room scale support works just lovely.

I have only played for around an hour so far, but already almost sh*t my pants a few times - the jumpscare scenes are great, but the best part is that the game is scary even when nothing is happening for the moment - and that's how a good VR horror game should work. Its all about the atmostphere, sence of presence and immersion in the game.

All in all, I just love Dreadhalls so far - and I would recommend this to anyone out there with a Vive! Price is low, so its definately a must-buy if you enjoy horror games - and if you dare to play them of course :)

Cheers
SweViver. Dont stop playing untill you get through the whole first area. It's scary dont get me wrong, but the second monster scared the sh*t out of me so much I screamed and had to stop playing. I was traumitized. But its really fun to play with friends. Seriously.. very spooky, heres my reasoning:

1.) Theres a variety of cool monsters that each have their own weaknesses and ways to get around them.
2.) Theres this floating brown ball thing that senses movements. We call it the Motion Meatball
3.) Theres chests you can open and stuff
4.) The door / lock picking mechanics are p cool
5.) lots of scary noises at random moments
6.) you can poke the monsters bum and he chases you

1.) you can clip your head through doors and spoil the surprises
2.) you don't always encounter monsters when you play (i had a run where I literally just won, 0 monsters involved)
3.) you can't do anything with coins in the arcade mode. I really liked this VR horror game.

Will it scare you? YES
Will it freak you out? YES
Is it all just jump scares? No, certainly not. There's enough variety for you to enjoy for several hours. After that you'll want to have all your family and friends play so you can watch them get scared or scream too. I showed this game to five people, and only two of them had the nerve to play it... they both only lasted ten minutes lol (they were too frightened).

Graphics and controls are good for an early VR game. In using the touch controllers, it's clear that this was an original VR game for those cell phone headsets because the controls are simple and you can’t interact with items in the environment like you can with newer games. While this takes away from the immersion a bit, the audio and visual elements will definitely pull you right back in. I also really liked the lighting in the game. You have an oil lamp that lights your path and you actually have to hold it up as you would in real life, so it lights up more of your path as your walk around. That whole mechanic was very well designed and I like how the light begins to fade as your oil level decreases. This causes you to explore more so you can find more oil for your lamp.

There’s one part of the gameplay that I personally never used the entire time I played and that’s the coins/face dude. I collected hundreds of coins in the game but never spent them on the face talking dude because it seemed totally pointless and didn’t add any depth to the story. It felt like a big waste of time, so I just kept collecting coins hoping for something better to spend them on, but that something better never showed up.

One of my favorite things about this game is the variety of creatures and what they do in the game. There was one point in the game where I saw this tall dark creature and the helper voice told me not to look at the creature, so of course I turned directly towards the creature's face and stared at it...what happened next surprised me in the best way possible. The creature turned turned it's head and looked at me and then...well I don't want to spoil it for you, just play the game for yourself and see what happens when you stare at the creature! :-) Just be sure to interact with the creatures you encounter, if your not too scared that is. :-)

I really hope this dev releases more VR horror games because this was one of my favorites. I don’t typically play horror games on flat screens because they just aren’t scary to me, but horror games in VR are totally scary. The only other game that was just as scary for me was Resident Evil 7 VR.. This game is pretty well made. But some of the NPCs get stuck on walls and such, which sometimes ruins the moment for me. The graphics aren't that great either, but its the VR experience that actually makes the game scary. Like being able to turn around and see someone behind you, that scares the hell out of me. No VR horror games do horror this good. I definitely recommend this for $10.. Dreadhalls is freaking awsome. Buy it.. As a horror fan, i played this game on a friend of mines oculus. And i was blown away...from that day on i told myself, i would save to buy my own VR headset. Never have i played something with such simple gameplay, and honestly not even that great of graphics, that made me experience so much terror. The VR factor defintely makes this game scary, and the sound is spot on. I almost feel like every single sound you hear in game is actually something within the halls that wants to kill you. This game has a story which i suggest you do first as it teaches you at first what some of these creatures do. This game also has randomly generated halls you can take on for more replay value. I stream this game sometimes and its usually a hit as reactions are easy to come by with real fear.

PS
Always have oil on hand...ALWAYS
. I haven't played this for too long, but enough to say that it's intense. Like, really intense.. I enjoyed ths game a lot, just as good and scary than some more expensive titles I could mention ;)