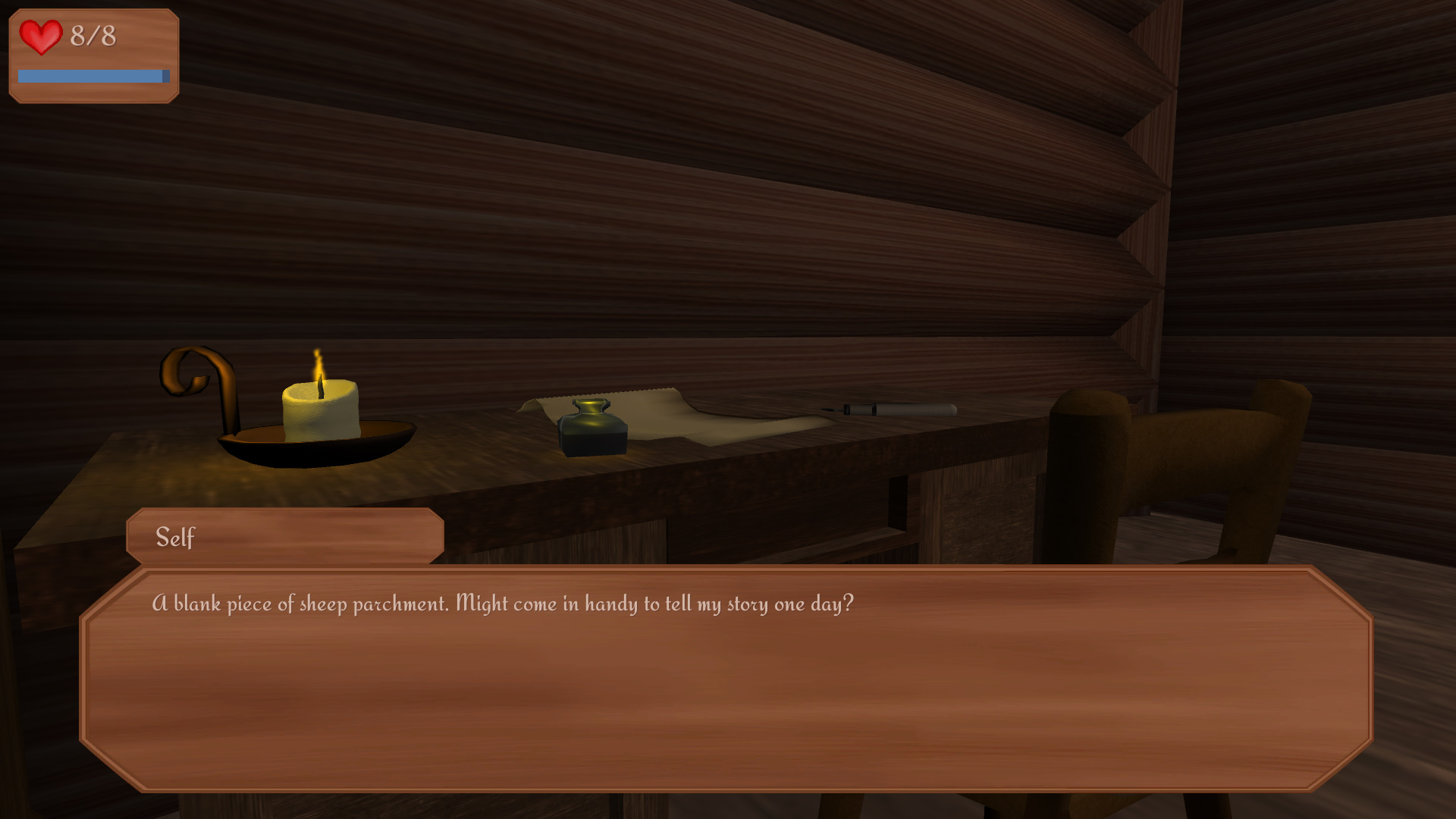 A determined Countess places a spell of Eternal Night upon the Village of Yulestead after they refuse to give her the Cloak of Aphrodite; an heirloom passed down by the goddess herself to the village's first priest. The cloak bestows the wearer incredible beauty...the one thing the Countess lacks. You are Cedric, the village Cleric who is a descendant of the priest and the protector of the Cloak. You alone know the Locrian Chant that can open the seal to the hidden shrine and unearth the Cloak. Knowing this, the Countess cursed you to half your normal size and locked the town up with a magical gate that bears her initials. You must find a way to open the magic gate and travel towards breaking the curse upon your village...and yourself. 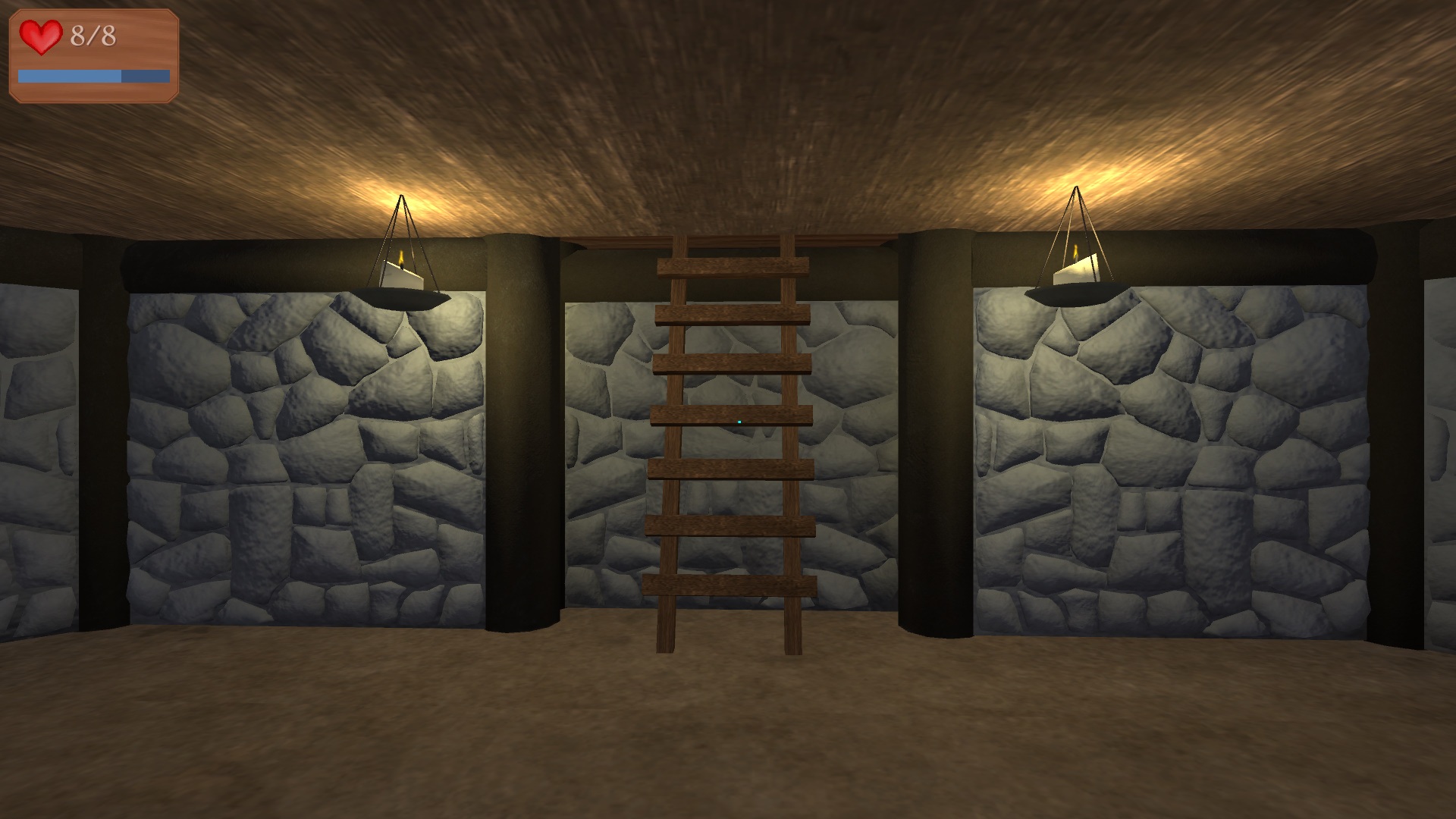 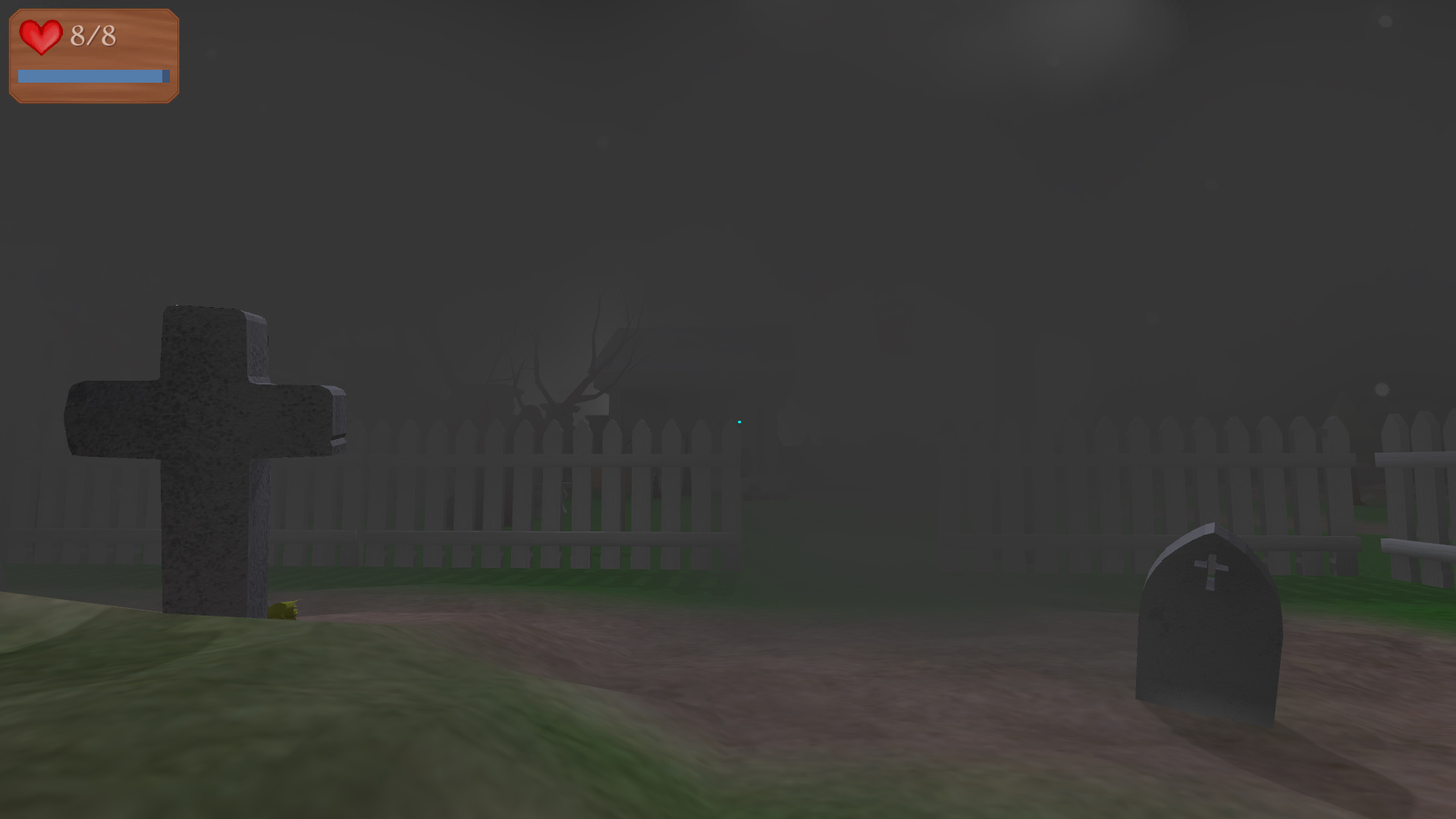 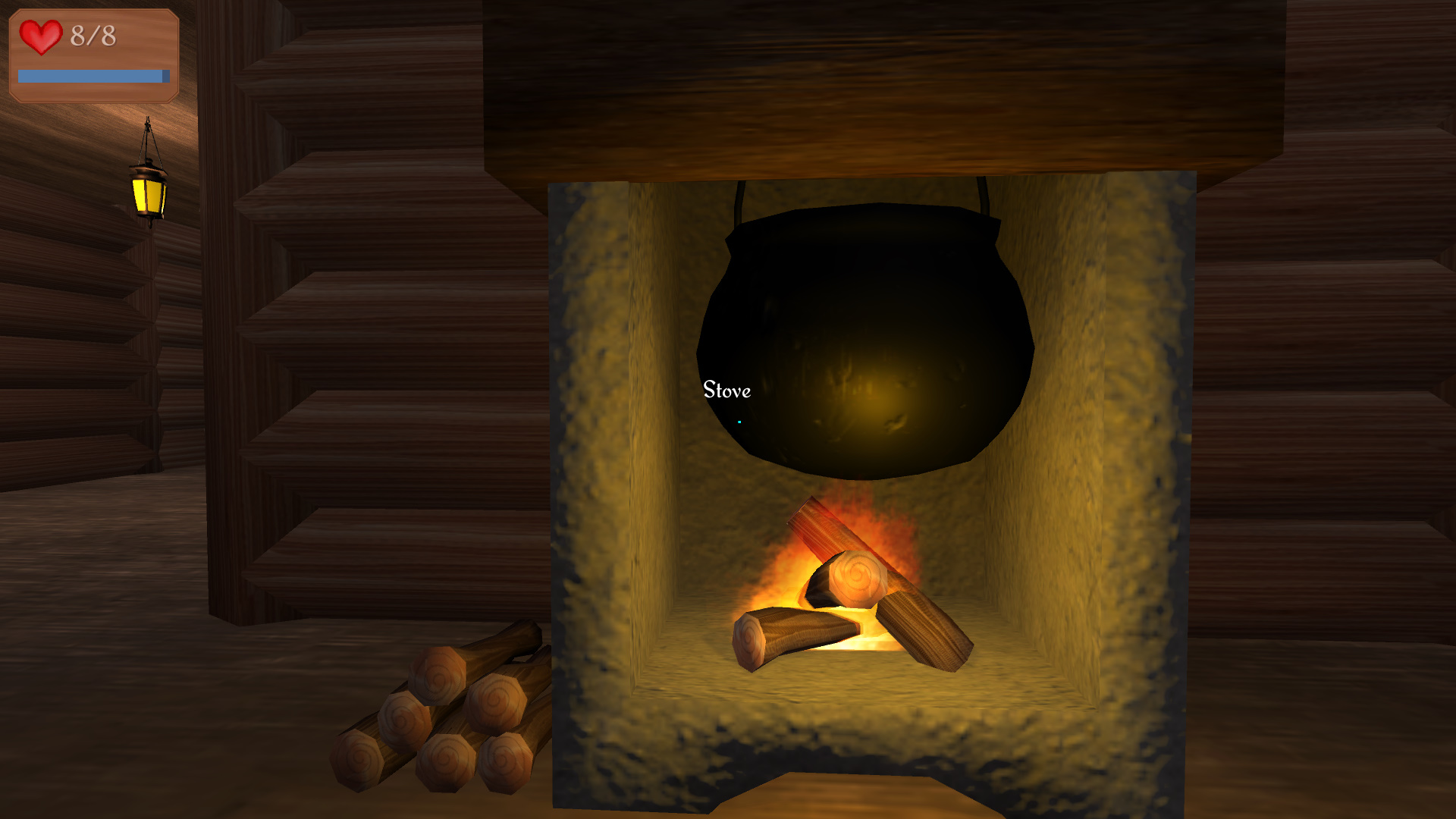 
Edit: I was angry after playing this game because it was so bad, resulting in an aggressive review. Now, a day later, i calmed down and changed a few sentences.

My opinion didn't change though: This game is terrible and way overpriced.

Let's go through it step by step.

No options menu. You can neither change mouse sensitivity, nor resolution, nor the volume of music and sounds.
When i loaded into the game, the camera was spinning around in circles. I had to disconnect all controllers and restart the game (going back to the main menu and starting again didn't help) to make it even work. And you cannot look down or up all the way. It seems the character has a stiff neck or some other kind of disability.
In addition, the turquoise dot that is supposed to be the cross-hair sometimes moves along with the mouse movement. And when you press the action\/interact button, you interact with the object the cross-hair is pointing on, not with the object in the middle of the screen.

The visuals are awful. There is basically no lighting, all assets, including the walls, are self-illuminating - with the exception of the walls in one "dungeon". The town is lit and objects outside still throw shadows, but without a visible light source, and most objects look like they were placed randomly. The characters are nightmare creatures. They look like they escaped the drawings of a 6-year-old child, and the animations are just as bad. At least enemies have decent pathfinding.
The hitboxes are an issue, too. You can look down enough to see that there is 0.5 yards or even one yard empty space between you and an object and you cannot move closer to it.

Speaking of boxes, moving boxes are a big part of this game - if only you could pick them up. No, you have to push them around by running into them, which is very clunky and frustrating. You can do it with your "weapon", too, which seems like it's supposed to be a magic staff shooting magic balls, but you are limited by a very slowly regenerating mana pool.
One character asked me to bring her a light crate. And for that, she allowed me to enter her home. That is completly implausible.
I mean, it's supposed to be an RPG, right? So, what is that character's motivation to allow the cleric to enter her house? And if it's because "he's the trusted town cleric" - why wasn't he allowed to enter her house before? In addition, why does that trusted town cleric steal the silver cutlery in her house (which was lying on the floor and weirdly "hidden" behind some crates, yeah, that's totally where everyone whould store their silver cutlery, right)?
An other character lost the keys to his house. If you find them, he'll also let you go in without any hesitation and take whatever you want. One of the most important thing of an RPG is having believable characters. Sadly, the characters in this game are the opposite.

It's not only the characters that make no sense. The entire architecture of the village and the houses are also implausible. The houses are way bigger from the inside, and for some reason, people like to put a lot of crates into their houses, placed at weird positions. But a place to eat or to cook is missing everywhere.
And btw, the developer loves labyrinths. 80% of the time i spent playing this game, i was in a labyrinth, and each labyrinth is bigger than the entire town.
Do you know even one good game with labyrinths in it? I don't. And there is a reason for that. First off, they are extremly easy to do. I drew labyrinths when i was at school. And secondly, it's extremly boring to navigate through them in a game because you see the same textures and objects without much variety for quite some time. And this is the main content of this game.

Twilight on Yulestead has a story, but there wasn't much thought put into it. Apparently you play as a character who has knowledge about an artifact, and that character and his town were cursed because he didn't want to hand it over to some powerful countess. But you, as a player, don't have the knowledge how to get that artifact, so you, playing the cleric with the knowledge, have to get that information from a random NPC.
What?
Player guidance and story telling is basically non-existant, the whole plot it told with a message on the loading screen and one or two text boxes in the game.

There are many more little things wrong with this game, but this review is very long already. Hopefully the developer will take some of this as feedback to improve themselves - a lot. I got the feeling that they are missing knowledge about the basics of game design. I'm even doubting that they have played many games themselves. Or they did and lack the skill of analyzing why other games work out.

Sadly, i don't think you can improve this game enough to make it even worth two dollars. If it was just 50 cent, i wouldn't have cared. But for 10$, i had to request a refund.