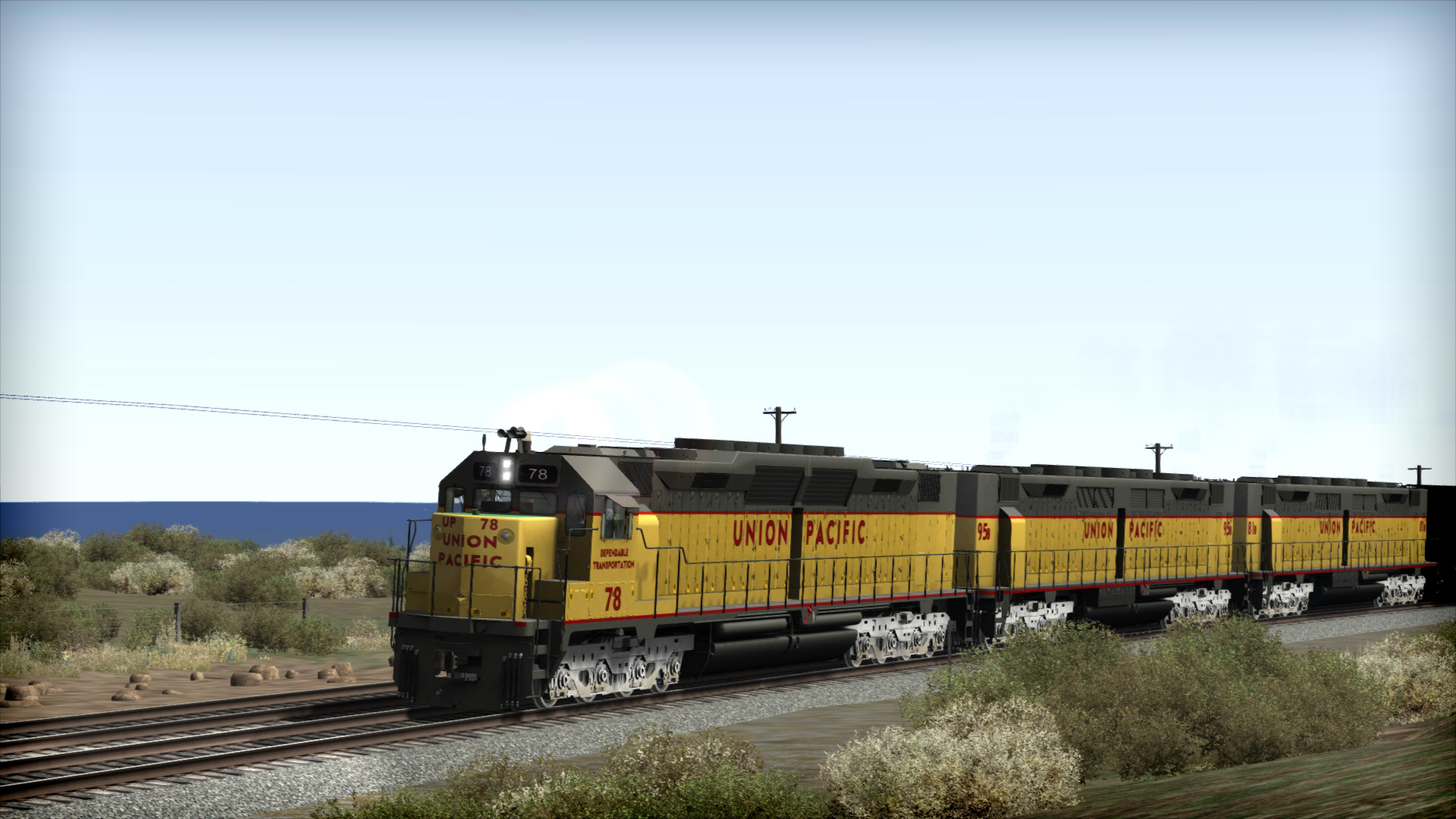 Joining the US roster of heavy freight locomotives in Train Simulator is the impressive EMD DD35 and GP35 from DigitalTrainModel.

The EMD DD35 was a 5,000hp (3,700kW) diesel-electric locomotive of built by General Motors Electro-Motive Division for the Union Pacific Railroad and Southern Pacific Railroad. The DD35 was a cabless booster (B unit) locomotive that consisted of two GP35 prime movers and electrical systems, mounted on a common frame and covered with a single cowling, riding on a pair of 4-axle Flexicoil trucks. As such, each prime mover powered a single set of four axles instead of two sets of two axles, as in the GP35.

Being a ‘B-unit’, the DD35 lacked any sort of cab and could only be run on the main line when connected with another ‘A-unit’ to control it. The four-axle truck was considered too harsh on the trackwork to be in the lead, and thus EMD’s response to UP’s request was a four-unit (instead of the requested 3-unit) locomotive set, consisting of a pair of 2,500hp GP35s sandwiching a pair of DD35s to make one 15,000hp locomotive set.

The DD35 was initially quite unreliable and were among the last EMD road units to be built with DC generators and old-fashioned switchgear, which were more maintenance intensive than later AC/DC equipment. Once teething troubles had been surmounted, the DD35 was reasonably successful but less flexible than smaller units and thus all original B units were withdrawn by 1977. The DD35A survived a little longer, until 1981.

The locomotive is also Quick Drive compatible, giving you the freedom to drive the Union Pacific DD35 and GP35 on any Quick Drive enabled route for Train Simulator, such as those available through Steam. Also included are scenarios specifically for the Sherman Hill route (available separately and required to play these scenarios). 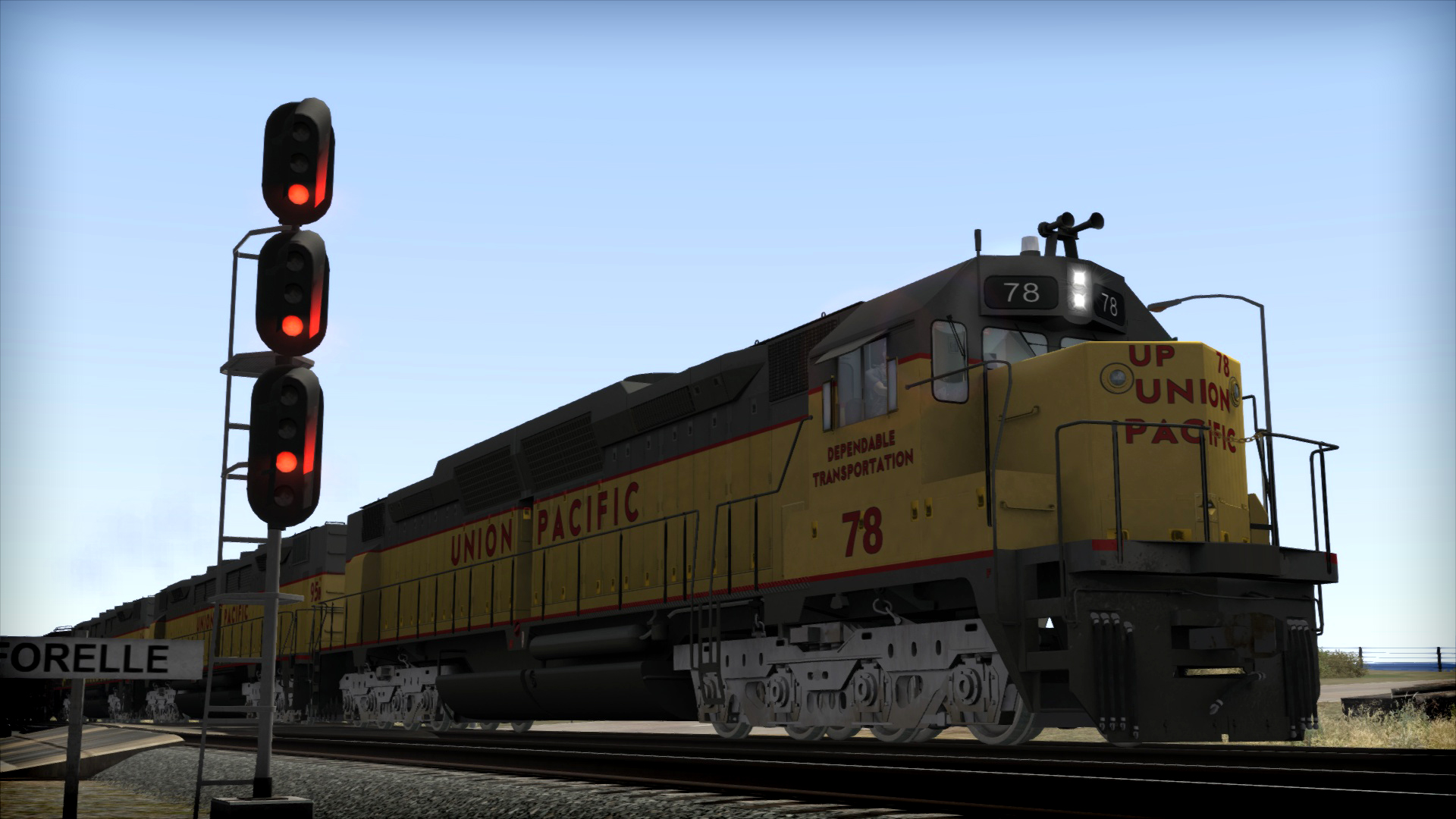 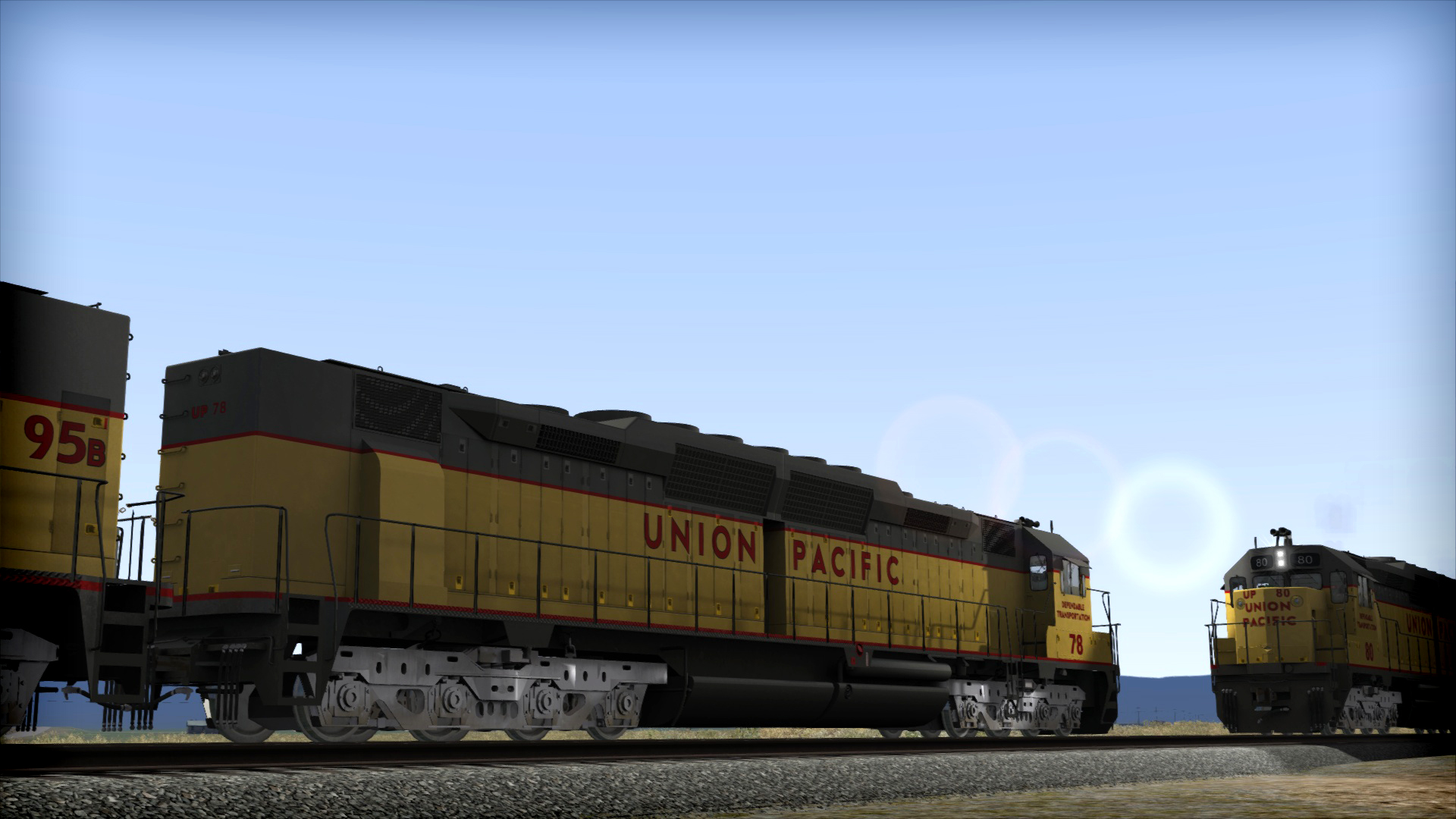 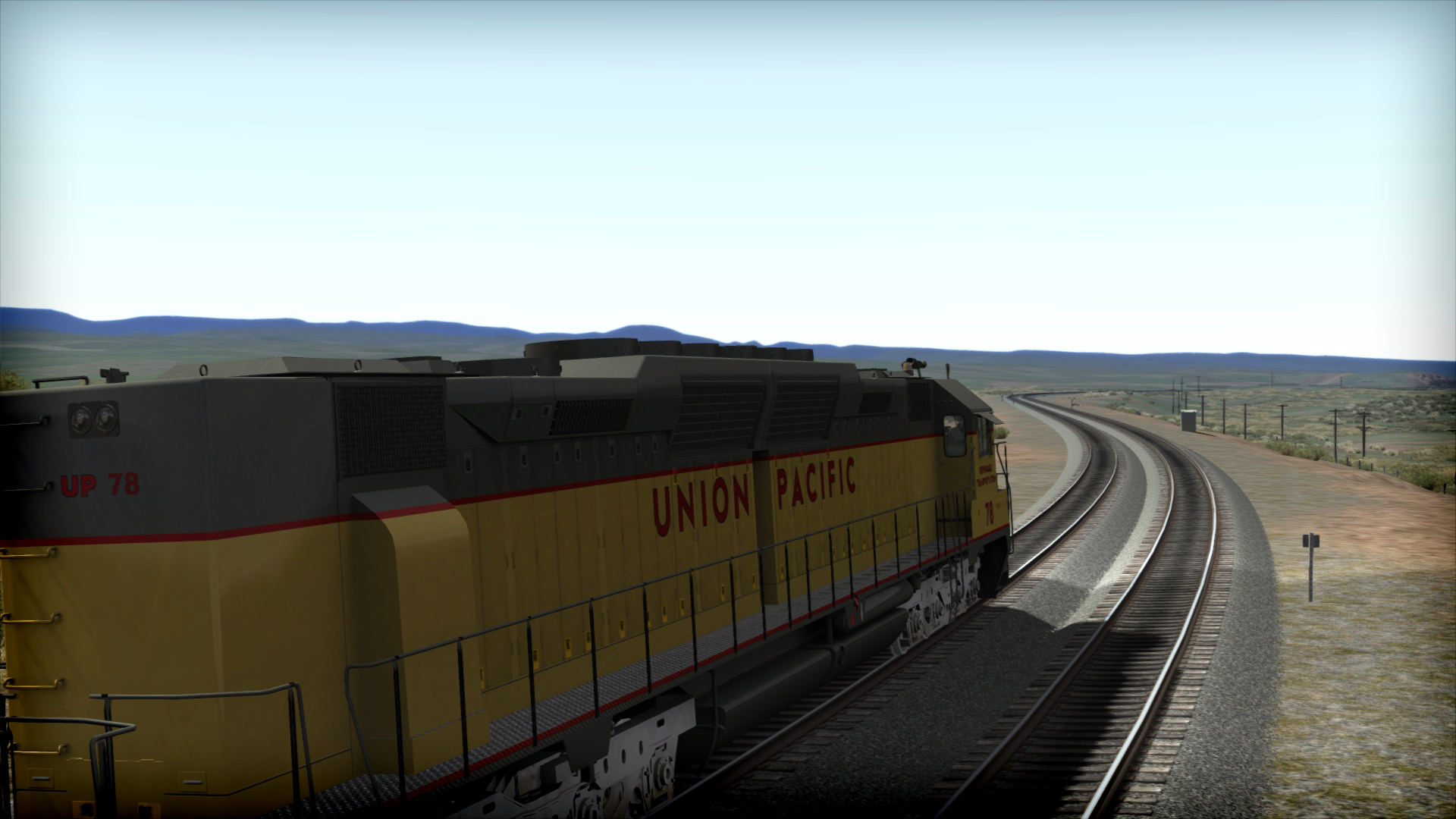 Physics and sounds are reasonable (and credit where credits due the sounds are superb as are the features) but its all let down by some of the most basic modelling ever (Have the bogies been cooked then untextured) .. It looks like freeware or an early MSTS model... Why does DTG not help these thoird party releases so at least colors match etc ... Why are the undercarriages of this locomotive silver in color instead of the black as shown in images of the locomotive in the manual.. Really really Nice units so would recommend this dlc the GP35 is awesome bonus to same as the DD35 cabs but smaller in length that pack a powerful pull.Most likely to be 1 of my top 5 favorite dlcs so far,both DD35 and GP35 have 1 small problem the windshield wipers don't do anything in the rain or snow if you can look past that there a bomb to use. This is a great quality engine! I love how it sounds and it's a nice engine to drive. The GP35 and freight cars included are nice bonuses. I love DTM engines!. I have only just bought this big Beast and rather like it. Very easy to Drive and it sounds great.. I do not Recmmend the dlc it will crash your game. Basically I would highly recommend this DLC, the models are in extreme details and various features for you to play. That includes all the lights and also windows and doors.
Also you get the GP35 included in the pack, and what makes me amazed is that the braking pistons actually work when you observe from the outside which is really cool.
But there are some little downsides, first the lighting effects of the headlights doesn't seem cool, it's basically an image of light which can be frustrated when you look from other angles. Also, the rain effects on the windows doesn't seem right either. So if you really want to drive the loco in perfect condition, choose a nice summer day :)
Nevertheless this is a great model and I would like to drive it for quite some time without getting bored.
BTW, the sounds are also awesome