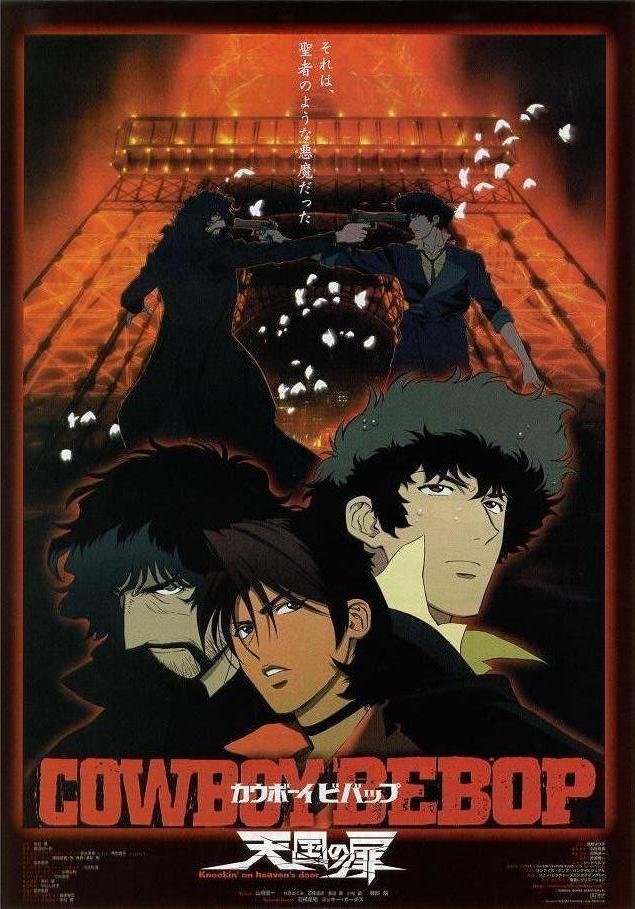 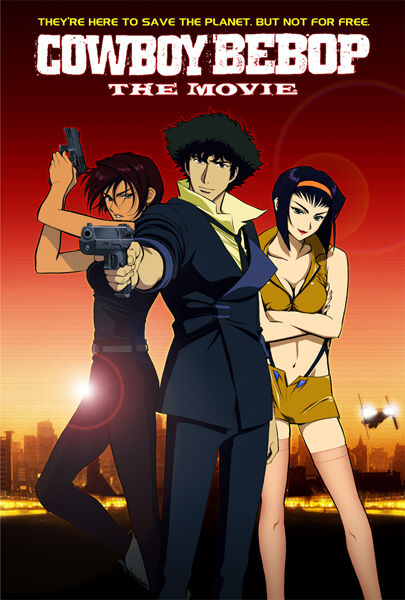 A terrorist explosion releases a deadly virus on the masses, and it's up the bounty-hunting Bebop crew to catch the cold-blooded culprit.
The year is 2071. Following a terrorist bombing, a deadly virus is released on the populace of Mars and the government has issued a 300 million woo-long reward, the largest bounty in history, for the capture of whoever is behind it. The bounty hunter crew of the spaceship Bebop; Spike, Faye, Jet and Ed, take the case with hopes of cashing in the bounty. However, the mystery surrounding the man responsible, Vincent, goes deeper than they ever imagined, and they aren't the only ones hunting him. The original creators of the virus have dispatched Electra to deal with Vincent and take out anyone who may stumble on the truth behind him. As the hunt for the man with no past and no future continues to escalate, they begin to question what about the world is reality and what is a dream as the line between sanity and insanity becomes more apparent.
I enjoyed the TV series once I decided to actually watch a couple of episodes. I really enjoy series like Outlaw Star, The Big O or the Gundam series. I went to see this movie with my wife who is definitely not an Anime Fan and we both really enjoyed it.

If you like anime series or a good action pic, see this movie. It is both exciting and funny. It is written on an adult level with excellent voice characterizations by the same cast as the English TV version. Too bad its only in narrow release. It makes Final Fantasy look like puke.

I watched this movie on DVD and I still think it is the bomb. I truly enjoyed not only the plot line but also just the visual feel of the movie. Alva City reminds me of New York and brought back fond memories of my many visits there. I'm a diehard "Cowboy Bebop" fan, so I have to be honest in saying that the movie version fell a bit short of my expectations. It's not bad, and actually very good at some points, but it's about ten minutes too long and not quite up to the quality of the best episodes in the series ("Ballad of Fallen Angels," "Cowboy Funk," "Pierrot Le Fou," "Real Folk Blues").

Jet never gets to DO anything (I know he's a homebody, but he never even meets Vincent), and Faye, Ed, and Ein are mostly relegated to sidekick duty. There aren't enough fights (there should be at least seven or eight, given the 114 minute running time - 4 episodes in the series worth), and bits like the air combat seemed tacked on, as if Watanabe was saying, "We HAVE to have air combat - it's Bebop!"

Spike is pretty good at contrasting with Vincent, and Kanno and the Seatbelts' soundtrack is superb (perhaps even better than the phenomenal TV OSTs), but these are ultimately not enough to make the film as good as it could have been. Good news is that most of the marvelous English dialogue cast from the Cowboy Bebop series has returned for the film. The bad news is that the heart and soul of the series hasn’t.