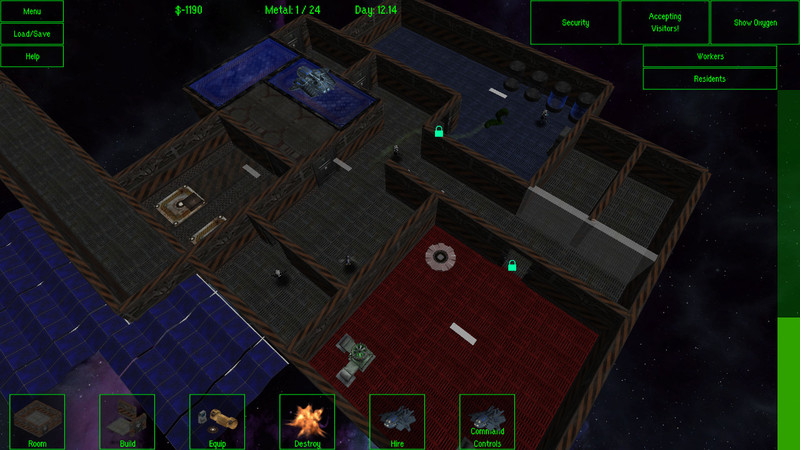 Space Station Alpha is a game where you build and manage a space station in the outer reaches of the Milky Way.

You have been given a small bit of space of your own, a handful of credits and a beat up old WorkerBot(tm). Your task is to take this undeveloped piece of vacuum and turn it into a tourist center/economic hub/mega-prison/diplomatic epicenter or any combination you can manage.

The challenges will be many, oxygen will escape through every tiny hole in the hull, you'll contend with asteroid showers and nebulous alien blobs. In the end though the hardest hing will be managing the various needs and wants of your various squishy alien customers. 7aa9394dea 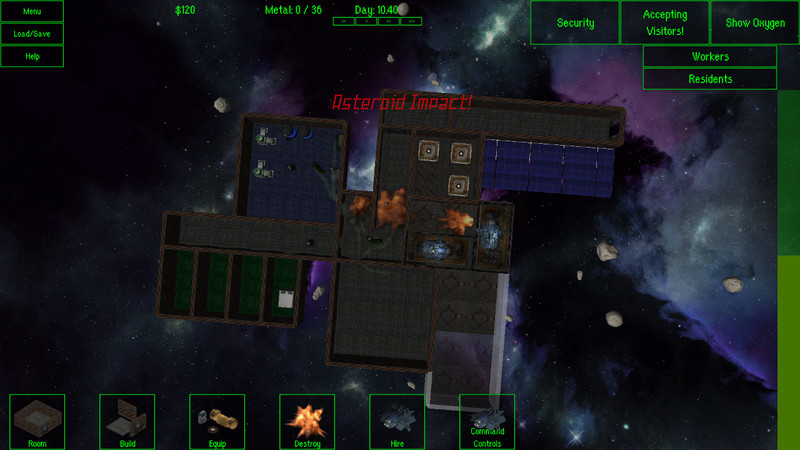 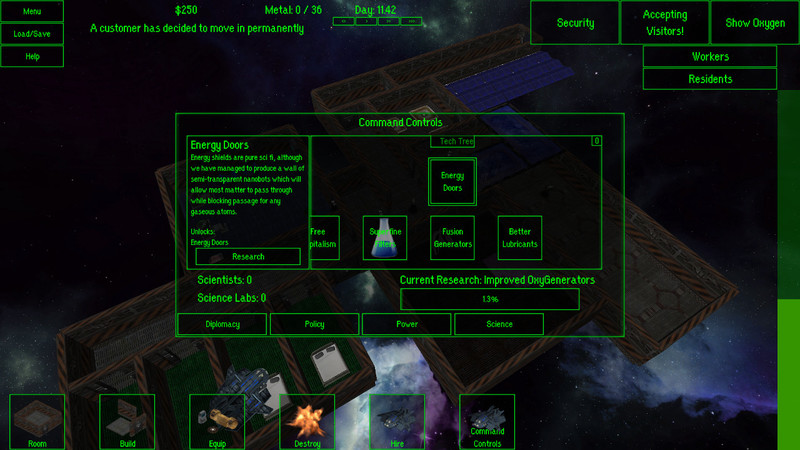 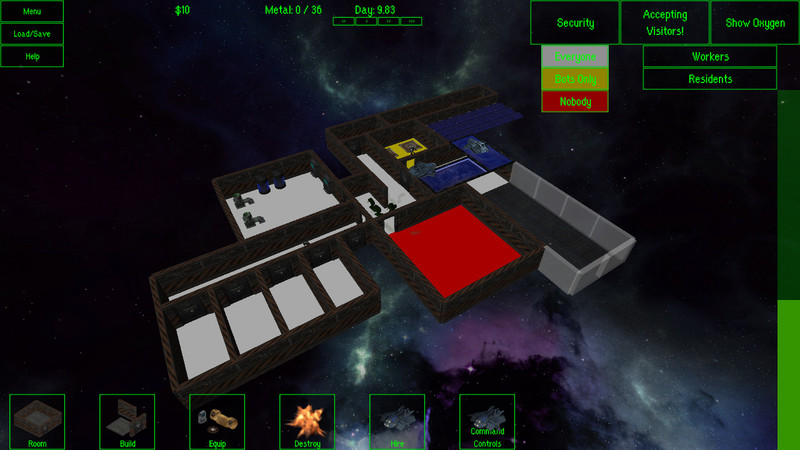 
If this was an early access game, then yes, I'd say go for it... but it isn't. This game seems unfinished. It's fun, cheap, but it leaves you expecting something more. The research "tree", for instance, is very small and quickly completed (no teirs, just a few boxes to click on the screen). The settings menu lacks any controls for sound volume. Instead, it lists a series of screen resolutions which happened to be missing my 1920x1050 screen size. The game also lacks any real documentaiton on how to play after you get your first resident. There are also parts that have no purpose, mainly the stairwell.


It could be a fun game, but it needs a little work. It feels very much like an early access game, but it isn't being sold as such.. So, I checked the game out yesterday. The game is one of those semi-roguelike basebuilders, not that different from Prison Architect or Banished. However, compared to those titles, the game is quite shallow. You generally deal with money, power and oxygen. Money comes from residents and visitors, power comes from solar panels and is used by components on your ship, and oxygen is generated by some of these components and flows through your ship depending on the status of your doors.

And for just that, the game is quite easy. Getting a net profit is not that hard, and getting power consists mainly of building lots of solar panels. Oxygen is easily managed with air locks.

The only real problem comes from random events (of which there are not that many it seems, I got some of them multiple times in my playthrough) and meteors. You eventually research equipment to deal with that. Until then you have a cycle of buildup -> damage -> people die -> buildup.

To make things interesting there is research, but there are only 7 or so subjects which do not offer more in-depth mechanics. The game suffers from the same problem I had with Banished. After a while the real challenge is out of it and you can just expand until everything eventually crumbles apart. On my second try, at took me 1,5 hours to build every facility there is, net 2k each day and I did not have to care about asteroids or supernova's. Getting the last achievement would only consist of me walking between my pc and the couch to check for random events and otherwise let the game run at max speed.

Add to that the fact that the user interface is functional but a bit weird, and that the game lacks explanation. Yes, I think pointing out after the tutorial that "the hand-holding comes to an end here" is very clever, but I could not find a way to use the stairs to actually build a second floor. The game just "lacks", it lacks content, it lacks challenge, it feels like an early access game with way too less stuff to do.

Is it worth the money? Well I got 3,5 hours of minimal fun and I feel like I've done everything there is to do. Since the game cost me 5 euros, it was not a complete waste. But I don't think the game is good by any means, maybe a 5\/10 for effort and only considering the low price.

You want something like this? Get Prison Architect. Maybe Banished. Or Dugeon Keeper. Or Evil Genius. Just not this game.. I actually tried to break the game; multiple crossing halls, singular pathways for multiple activities, equipment build in the path of critical systems, etc. Nope, worst I got was someone moved their bed into a common room next to the vending machine. Fun little game, lots of room to grow and become amazing but well worth the current $5 price tag especially since basic inspection of the options and controls lets you customize and ease movement speeds and camera angles to fit your computer's abilities or personal gaming style.

Are there some improvements needed imho, of course, its early access. Doors have to be left open to move air between rooms instead of a vent system, no que system for construction (it is done as you add it to the "blue print\/design" so lay it out in the order you want it built) and single plane of construction rather than multi-level (personal preference but easier to view and control as is).

Basic first impression review.
www.youtube.com\/watch?v=heP40_lXKB4&list=UUg6fyxrbkNbAkxoNEoZGsqw\" target=\"_blank\" rel=\"noreferrer\" id=\"dynamiclink_0\">https:\/\/www.youtube.com\/watch?v=heP40_lXKB4&list=UUg6fyxrbkNbAkxoNEoZGsqw<\/a>. A few pathing issues, graphics not the best etc as said in the last review. but it does say that it will be updated.
As long as the devs dont do what i read happened on Space Base DF-9 then its going to improve.
This cost \u00a34 and my house mate has had more than 4 hours playing it so money well spent. really looking forward to what this can become and finding out what the "mysterious z plane" will be when the stairs are used. =D
keep up the good work.. Heres the deal I rarley wright revews so Its important if i wright one its a great game really, it just need some attention for example i love it but it crashs and there are to many bugs along with the fact content is a bit acking but if there actuly going to wrok on this game i sugest the take out the bugs first this game has major potental.
It just isnt geting the help it needs.