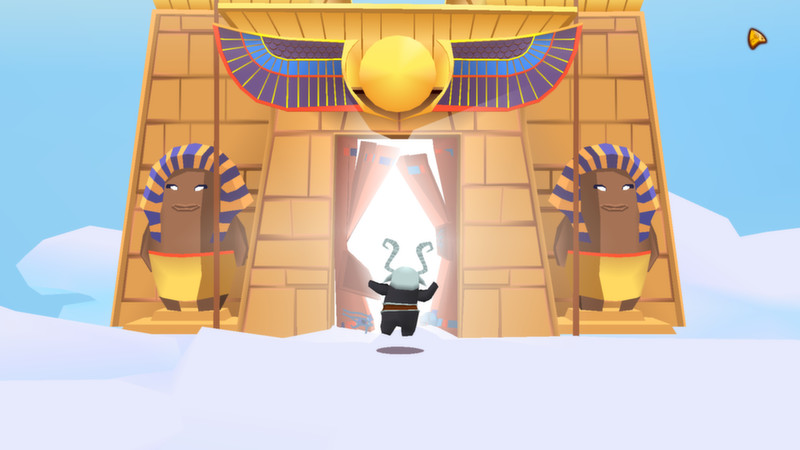 Humans are building a tower to reach the Kingdom of the Gods! Embody one of these divinities to foil their attempts. But, be careful not to kill them with your special powers, because your survival depends on their devotion!

Discover a fun universe and loveable characters from great Nordic, Egyptian, Greco-Roman and Japanese civilizations. Embody 20 ancient Gods and show your followers that you're more than just a myth.
You'll need brains, a sense of humor and quick reflexes if you want to become a legend!" 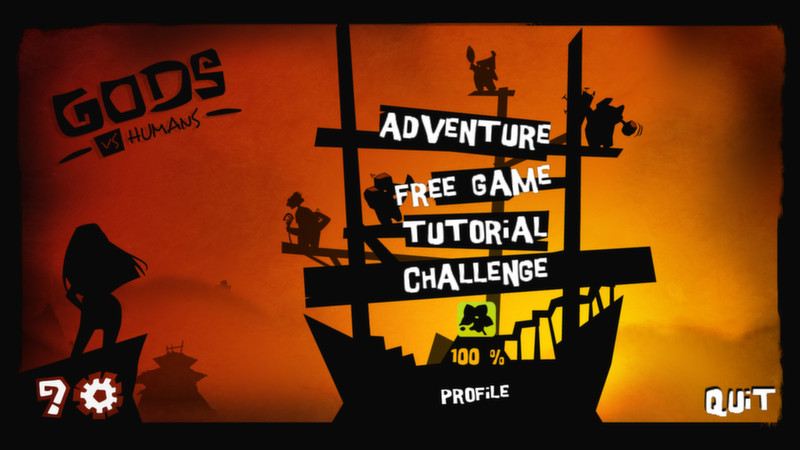 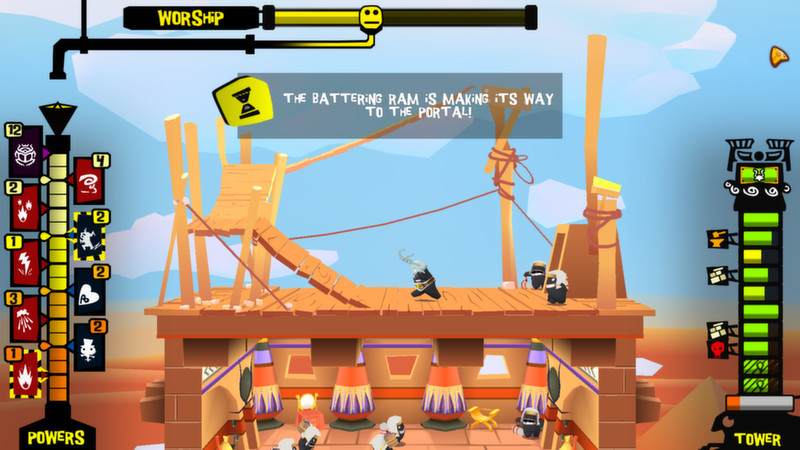 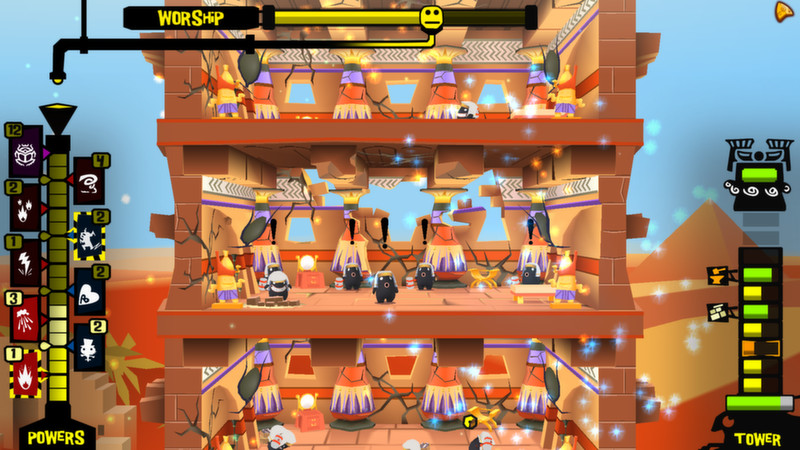 
Mobile game gameplay. Waste of time.. This game is harder then dota 2 rank. An interesting tower defense-esque game. Essentially, you're a god who's trying to prevent the humans from reaching you via a tower they are building. It'll be up to you to keep them happy and knock down their tower at the same time. Anger them, and your "worship" points trickle in much more slowly (preventing you from using god powers as often). They also work faster when they're angry, which is bad. There's a lot here for $3.50 (on sale until Oct 17) including 20 gods across 96 levels. Worth checking out at the very least.

http://www.youtube.com/watch?v=3G0r0VMn5CY. Not bad, but little more than a mini game that can get boring after a bit if you must try it then wait for it to go on sale. A good puzzle-ish game
go and play on a small windowed screen and open video\/chatting\/download

this game is kinda slow paced (it depends on how serious you play it)
basically you are the god who is preventing humans from reaching your temple in the sky by raining down magic stuff to topple down their building while maintaining their faith by summoning pin-up girls (hot chicks) and trying not to hit them with your magic.

sorry for the short one since it already covers all of the game
(i did not get any crashes and problems, so yeah)

recommended for people who has nothing to play anymore