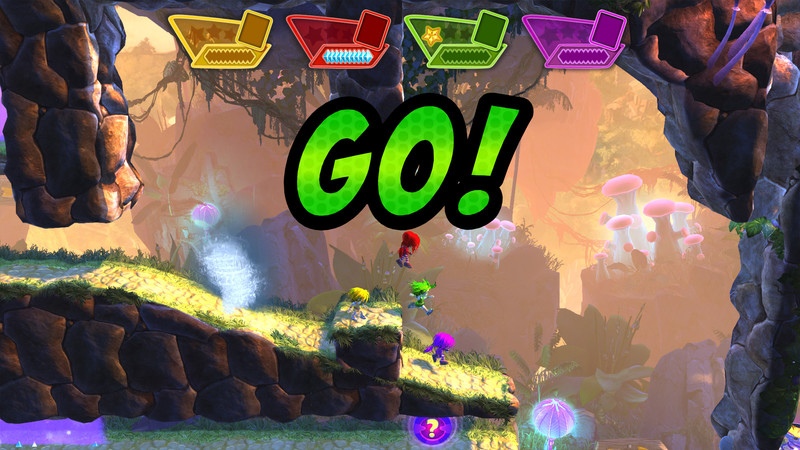 The game sets up to 4 players against each other in local PvP, speed-running in an effort to push each other off the screen with the help of boosters and power-ups.

Smash through all obstacles! Run, dash, jump, head bonk, fire cannonballs and barrages of bullets onto your opponents. Switch the level layout on the fly as you rush through dreamgates. Collect gems to fill your speed booster and use your power-ups to knock out the other players. 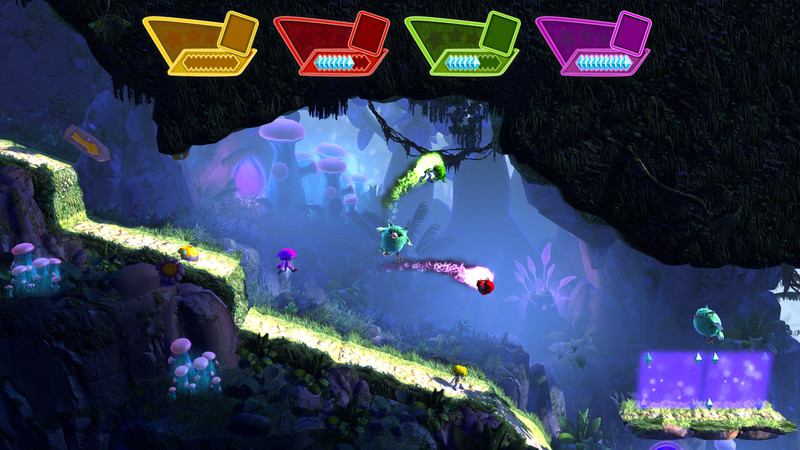 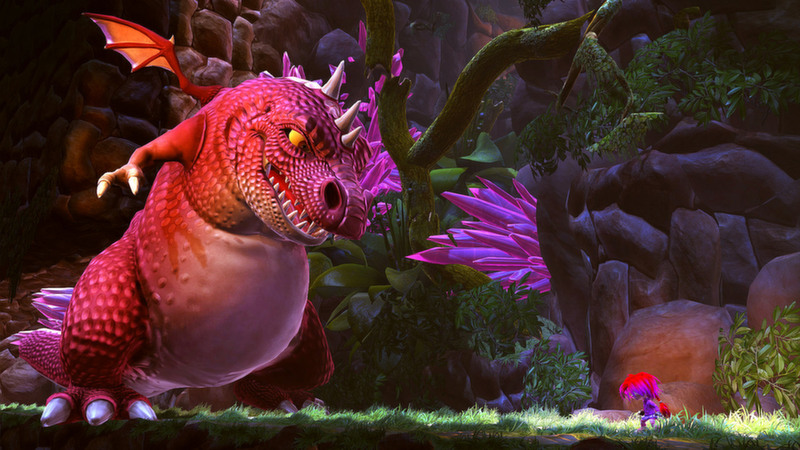 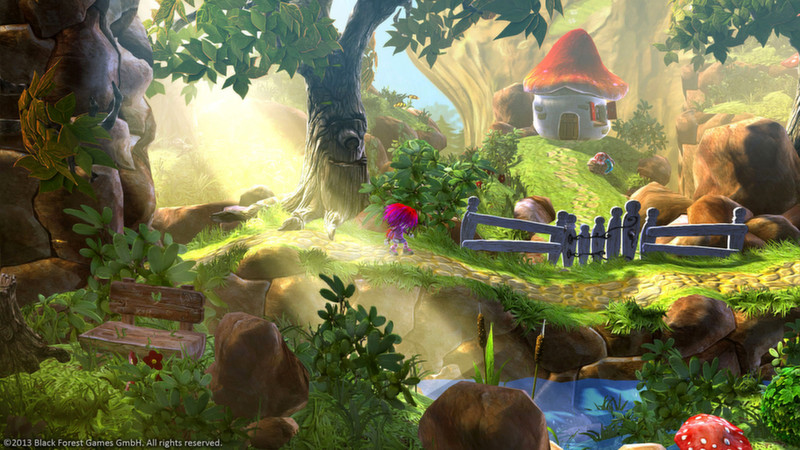 My problem with this game is that the controls are not tight enough. The music is good (although repetitive at times) and graphically it is fine, but without very precise controls it ruins it for me.