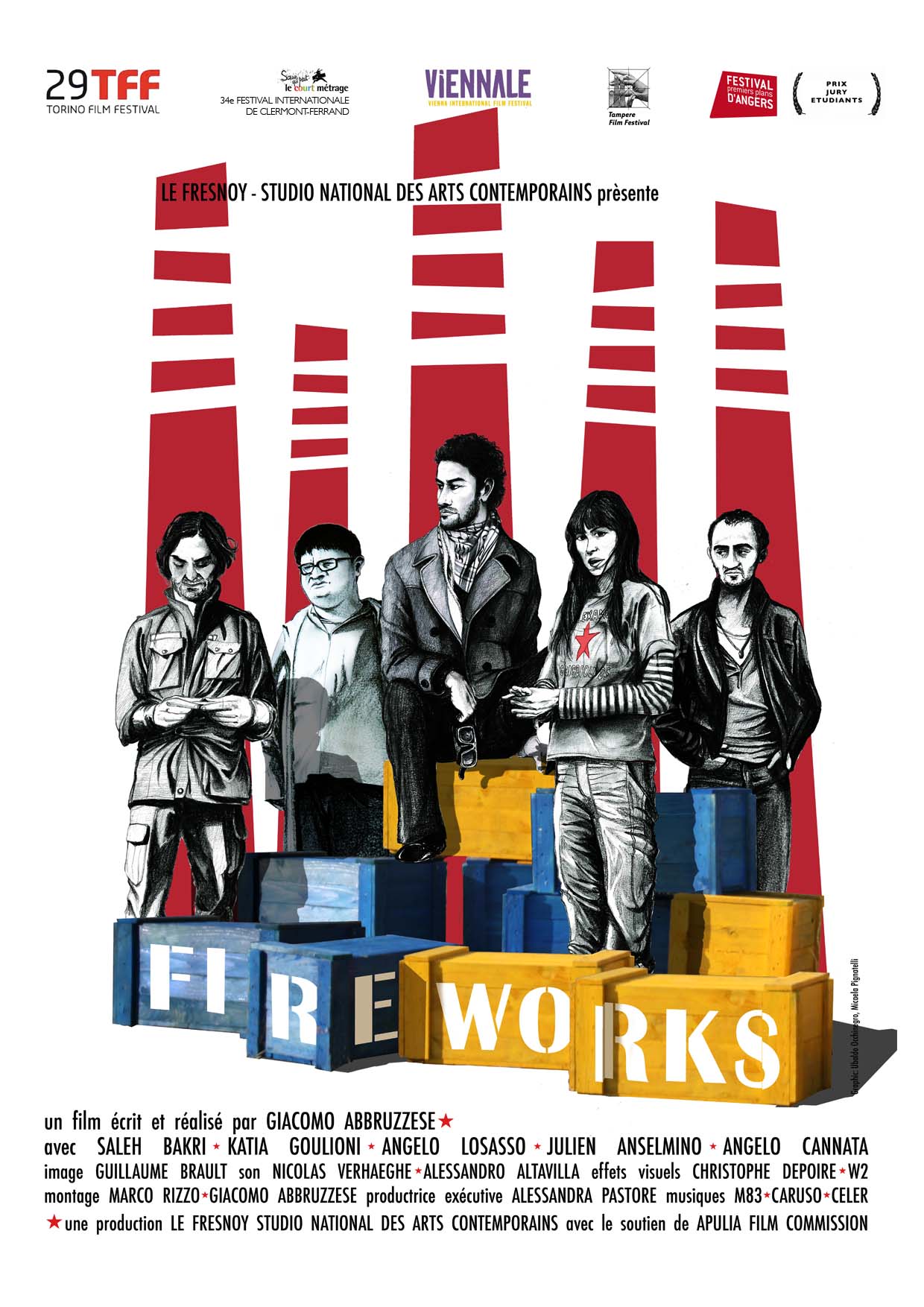 The night of the 31 December, in the middle of the fireworks, a group of international ecologists blows up the biggest steelworks of Europe.
Fireworks was one of the rare political - rather than social - films of the Festival Premiers Plans in Angers where numerous resigned student films were being presented. This essay, being at the same time direct and complex, proved to be one of the only films daring to "dream life" and confront it with the cinematic means: the powerful main shot, across the fireworks of New Year's Eve, progressively sets fire to the steelworks of Taranto ("The most polluted city of Europe" according to the director who grew up there). Before being militant, the film is above all lively and inspired. Far from keeping to a well-recognized, denunciatory discourse, the arsonists prefer to evoke a working-class father, the reality of ordinary corruption or the collective genius of the Dunkerque carnival. As righteous as they may be, beautiful ideas often yield to the weight of reality's conventions, increasing the gap between life and ideal, so here too they must explode – maybe to readjust in a better way? - under the strength of language, of acts and visions. Such a firing becomes salutary amongst the surrounding sub-realist greyness – well beyond this single film.