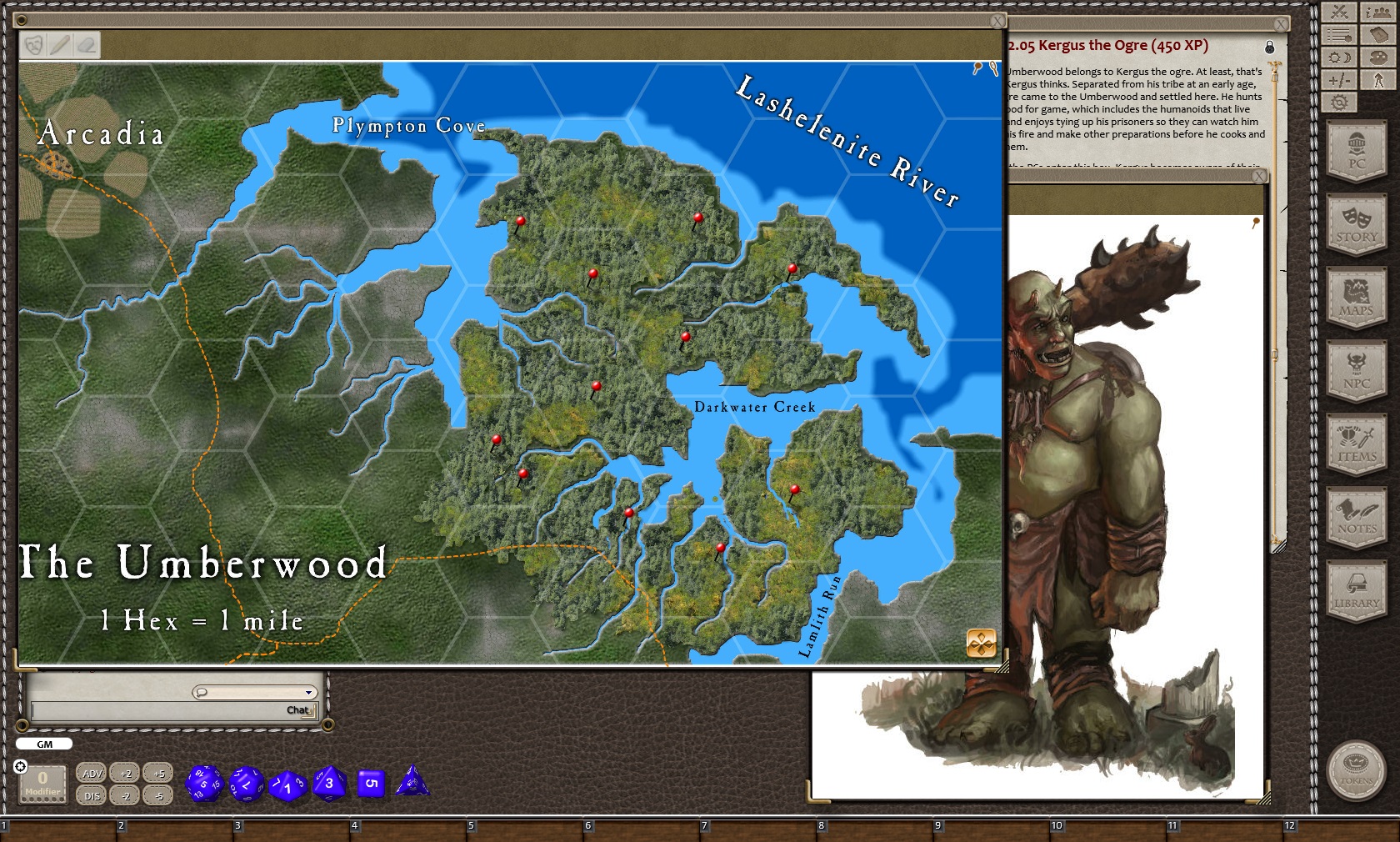 To Catch a Thief!


Lord Mayor Wolfe of Port Fairglade has discovered that someone hired the notorious thieves' guild, the Elverin Skulk, to steal a valuable statue from his private museum. The nobleman wants to know who the guild's client is, but the only person who knows the secret is the guild's leader, the infamous Fox Prince. The heroes must venture into the monster-infested Umberwood to locate the hidden entrance to the guild's headquarters, but once they find it and try to sneak into his lair, they find that few things are what they appear to be. Can the heroes survive a deadly gauntlet of traps and win the Fox Prince's favor and the help of the prince of thieves?

The Thieves' Den is an adventure for 3rd-level characters. It is part three of Trail of the Apprentice, a full campaign made up of 5 interconnected adventure modules for the 5th Edition of the world's most famous roleplaying game! The Trail of the Apprentice saga and all adventures in the the Legendary Beginnings line from Legendary Games are designed as exciting adventures suitable for all ages, but specially designed for those new to roleplaying and those on the younger side. Grab this 50-page adventure today and Make Your Game Legendary!

Requires: An active subscription or a Fantasy Grounds full or ultimate license and the included 5E ruleset. 7ad7b8b382 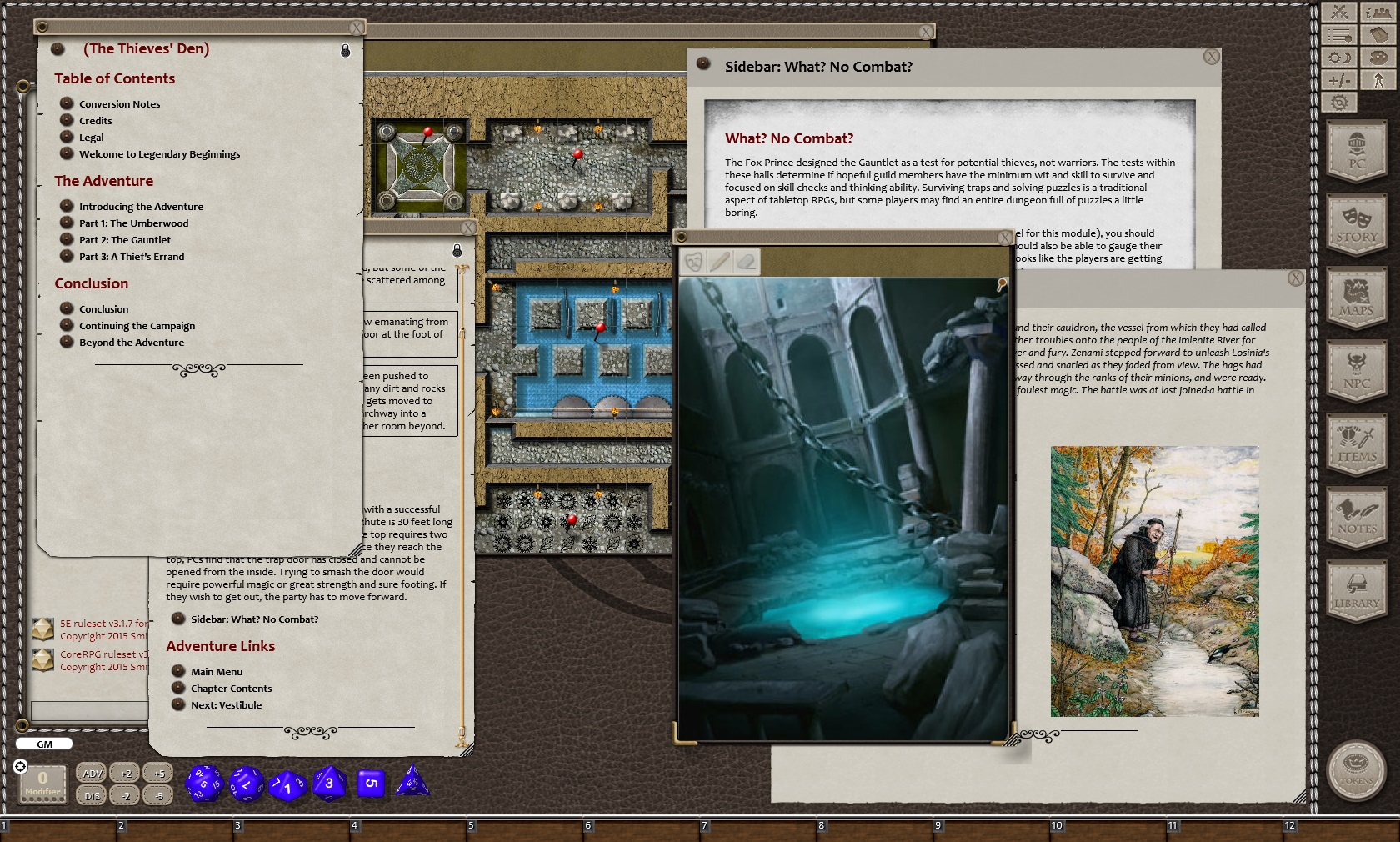 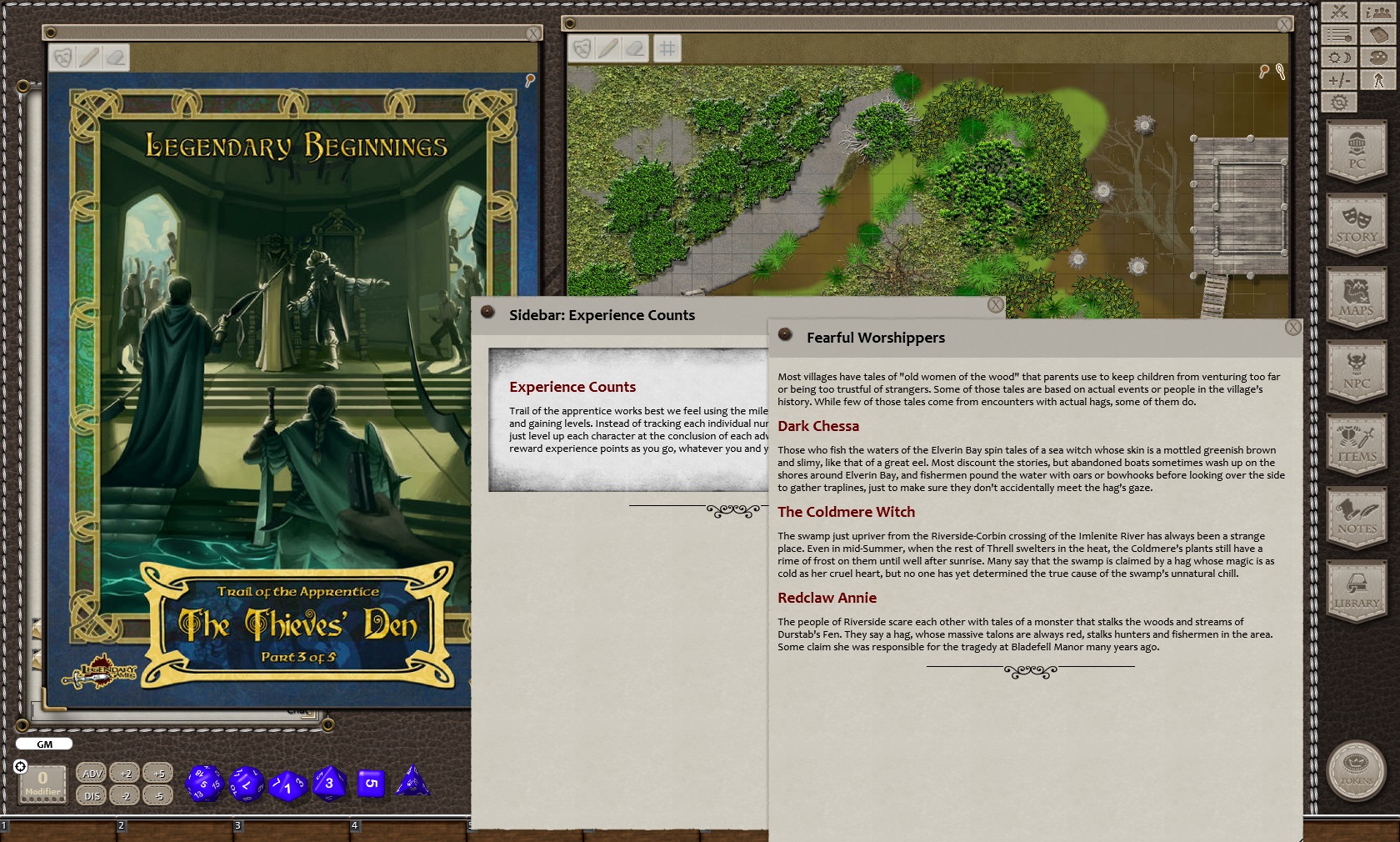 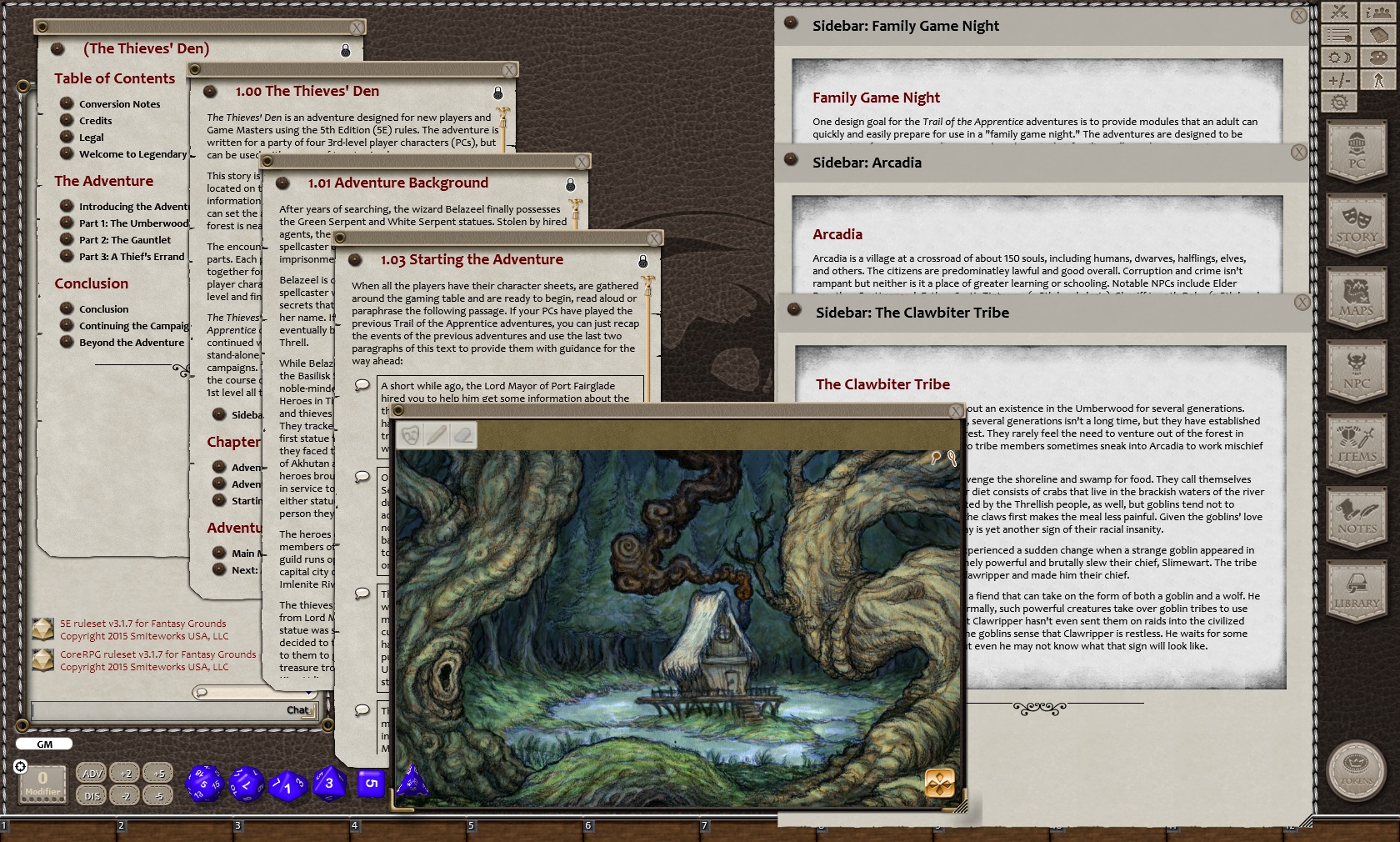