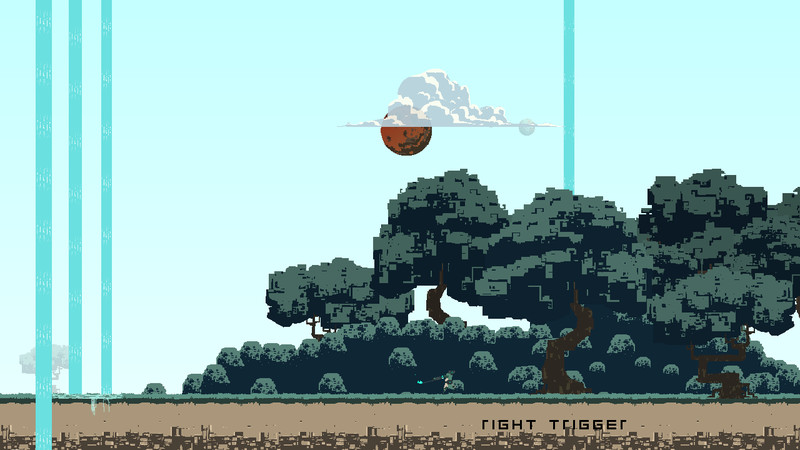 Eron is a 2D platform game that allows the player to actively switch between two parallel realms. The player will have to depend upon this power to finish each level.

In a distant galaxy, on an uncharted planet code-named, Eron, a special power is hidden. The planet is in constant danger as many seek this power hidden in the planets core.

You play as a native tribesman on this planet, who one day discovers that uninvited guests have destroyed your village. It is up to you to find and stop whoever is responsible.

***THIS GAME MIGHT NOT BE COMPATIBLE WITH YOUR GAMEPAD***
This game has only been verified to work on a Xbox 360 controller for Windows and a few similar gamepads. b4d347fde0 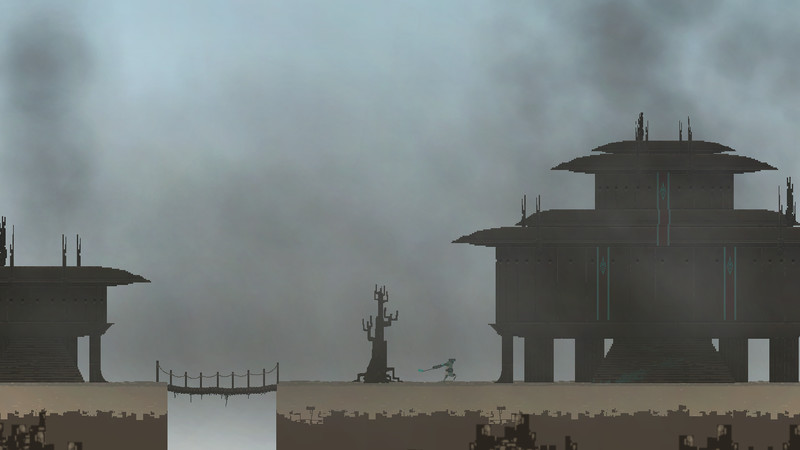 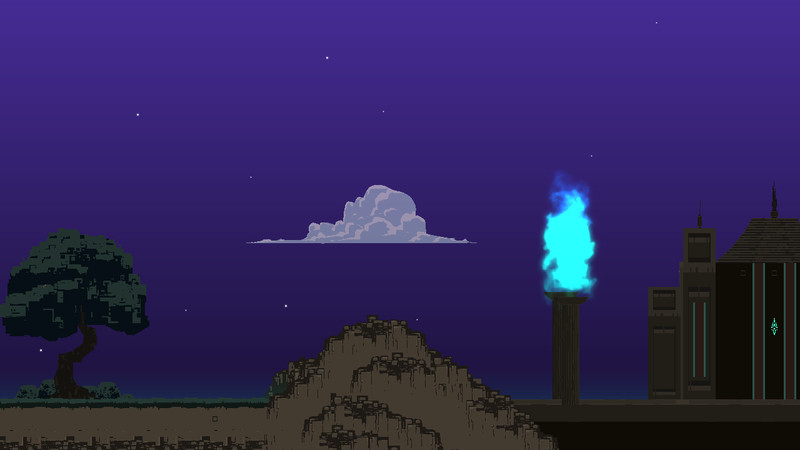 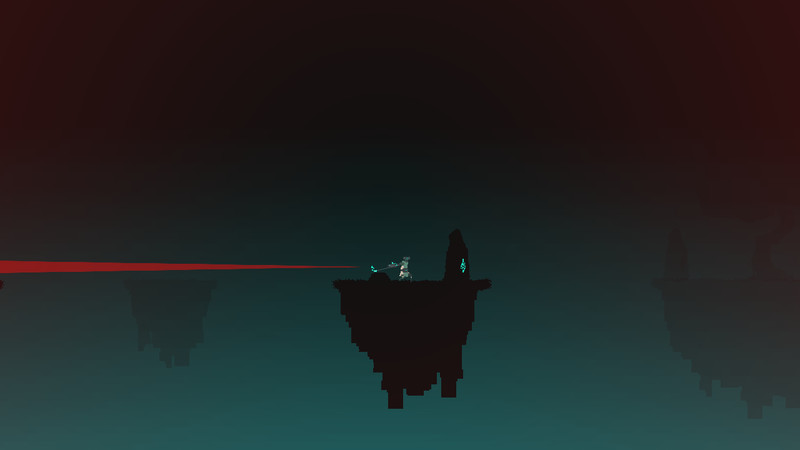 Risking premature judgement, I'll say after only 20 minutes of playing that this game is bloody awesome. It's a tough puzzle platformer, taking the player back to the times when it wasn't a crime if you had to practice a scene before completing it.
The visuals and the music are OK, but in a game like this, the controls are everything. Now, I'm the guy who \u2665\u2665\u2665\u2665\u2665es about controls in four out of five platformer reviews, but I can't find any flaw with these ones - they're snappy, consistent and well designed. Also, I see people complaining about the lack of ability to change controls - you can't change them in-game, but you can do that on the Unity launch screen, just select the 'input' tab.

Update: I got to the last level, and my initial impression fully holds. This game is a gem.. Holy crap! This game made my brain hurt. I highly recommend playing with a controller, because keyboard and mouse was not meant for platforming play. The unique mechanic in this game can be one of the most awesome and frustrating things ever. Check it out.. Hard, Hard, Hard!

If you like freakishly difficult games this is for you. A word of wisdom = there is ALWAYS a way to beat a seemingly impossible level.


This is a real tough one to recommend...It is a very tough puzzler\/platformer, but not because of design, rather because of bad controls!

I purchased this to explore the pixel graphic art and it does not disappoint in that category, though it is simple, it is quite creative and beautiful...Very techno-asian!

The games mechanics are very simple, run\/jump and phase shift to work your way through the level. You have to destroy all the orbs on the level to proceed.

Sadly, it is hard to enjoy at its fullest potential, because the controls are not very precise and the mechanics are very hard to execute. First of all, jumping mechanics are inconsistent, you can jump up and move in any direction, but if you change direction mid-air you simply stop in your tracks and drop like a box of rocks. Secondly, the high\/long jump mechanic is just way to precise and hard to execute with consistancy!

I am on the fence on this one...Its saving grace is the beautiful pixel art and that it is cheap.

I am going to have to thumbs down for the majority of players :( Yet, since it is so cheap and can often be purchased even for $0.50, I would say to hardcore platformers to give it a try.

If the devs address a few issues, I would definitely consider changing this to thumbs up ;)


ISSUES:
1.) Cannot change direction while jumping, just stops mid-air :(
2.) High\/long jump just too difficult to execute :(
3.) Since players are going to die often, they should keep the sound track playing consistantly when respawning!


NOTICE: These are my opinions about the experience I had playing this game. I share them in hopes that people who are like minded will either enjoy a suggested game, or avoid frustration wasting time and money on something I felt was a personal waste. Please feel free to comment positively, but know that anything that trolls or is just simply negative comments will be quickly deleted. The reality is, that my reviews are for people who do not own the game, not to initiate philosophical dialogue about it. If you are passionate about this game, please feel free to share that in your own review.

Funny nobody every trolls or bashes a positive review on steam ;)
. Right of the bat you enter and without any instructions\/controls you have to play the game (wich has lots of glitches). Eron is the worst kind of difficult, because it\u2019s frustrating. It starts with the fact that there\u2019s no actual tutorial beyond telling you that holding a button changes the plane of existence you currently inhabit, which makes certain platforms and enemies translucent, as such making you pass right through them. But the game never explains that you need to destroy these big black orbs in order to free up the path later on in the levels. Granted, that\u2019s something you could theoretically intuit if you\u2019re willing to experiment, but it\u2019s still a point where someone might drop the game entirely.

But what really makes the omission of a tutorial or even a prompt explaining stuff to you completely unforgivable is the fact that sometimes, you need to do a big jump. And this can only be achieved by entering the other dimension, passing through one of the aforementioned big black spheres, switching back to the regular dimension at just the right moment in order to destroy them while also still pressing down the jump button, which catapults you higher into the air than a usual jump. How the fu<\/i>ck is someone supposed to simply figure this sh<\/i>it out without explanation?

But the frustration doesn\u2019t end there. The platforming has to be pixel perfect or it doesn\u2019t count. But only on your end. The game gets to interpret your inputs however the fu<\/i>ck it wants, deciding at random if you can\u2019t switch between dimensions anymore and making the distance of the aforementioned large jump completely arbitrary.

And what makes the platforming even harder than it needs to be is the fact that you can\u2019t correct your trajectory mid jump\/fall. At some point, inertia simply means that you stop dead in your tracks along the horizontal plane and plummet to the ground like a sack of potatoes. And the devs expect you to navigate complex levels filled with upward winds you have to surf without being able to correct your trajectory once you\u2019re outside of these wind jets.

Another constant annoyance is the music. Now the tunes themselves would be ok, but every time you die and start over a level, the music abruptly resets as well, so you\u2019ll get really familiar with the first 10 seconds of any given track. Who play-tested this game and didn\u2019t notice this? Or am I simply just so godawful at this game compared to everybody else?

In closing, this game is not much fun. I tried to endure through it, but I gave up on what I think has to be the penultimate level. I just can\u2019t stomach anymore. Besides, it\u2019s not like not completing the game makes you miss out on anything. There\u2019s no narrative to this. If you like a challenge and are more resistant to frustration than I am, buy Eron. For everybody else, avoid like the plague.. Hard, Hard, Hard!