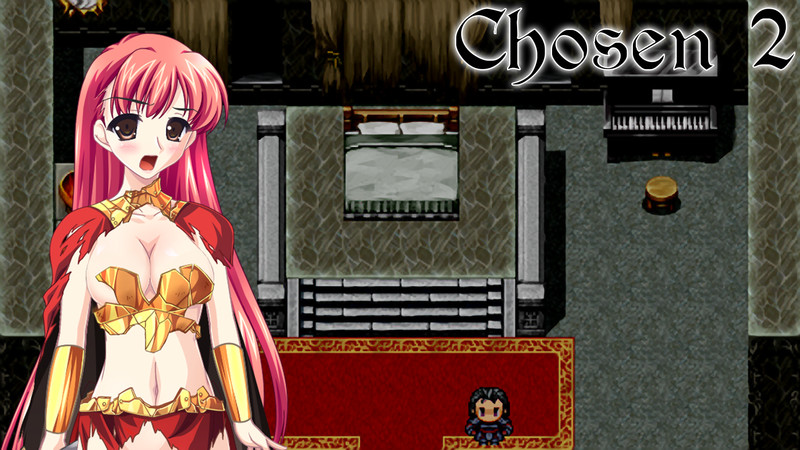 Chosen 2 is a heroic RPG sequel to Chosen.

After defeating Akuma, Edge is left behind in a chaotic underworld. Left to wonder if Edge is alive or dead, Edge's companions Serenity, Misty, and Trinity fear the worst has happened.

Edge awakens in the underworld lost and alone. While exploring a way to escape, Edge hears a voice of his past and discovers his mother's spirit Ayaka. Together with their trusted maiden Sakae, Edge and his mother try to find his lost father's spirit in the hope of helping Edge escape.

During this investigation, Edge's party will uncover a dangerous plot by the lords of the underworld to take over the world above.

Will you be able to stop the plot to take over the world and find your father? Will the Chosen survive? b4d347fde0 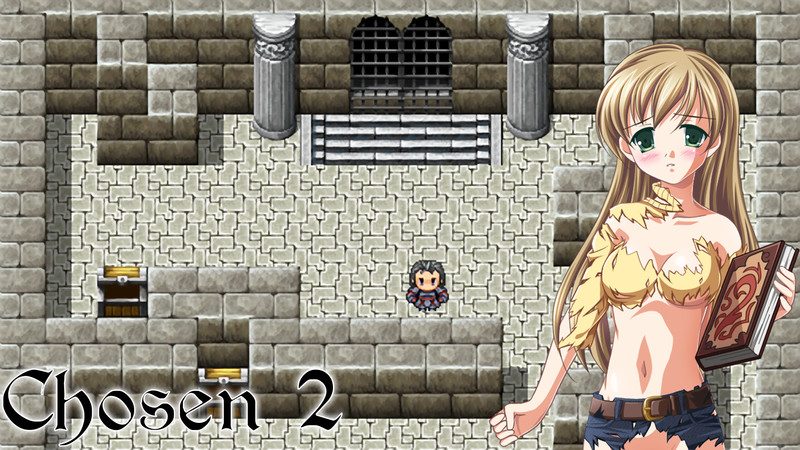 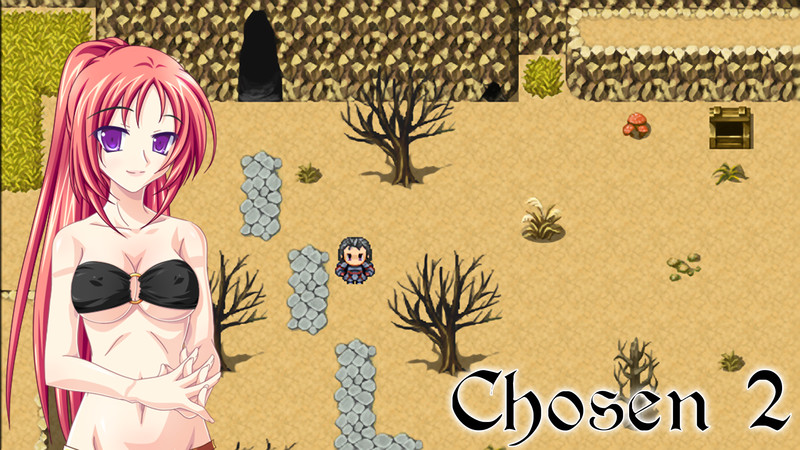 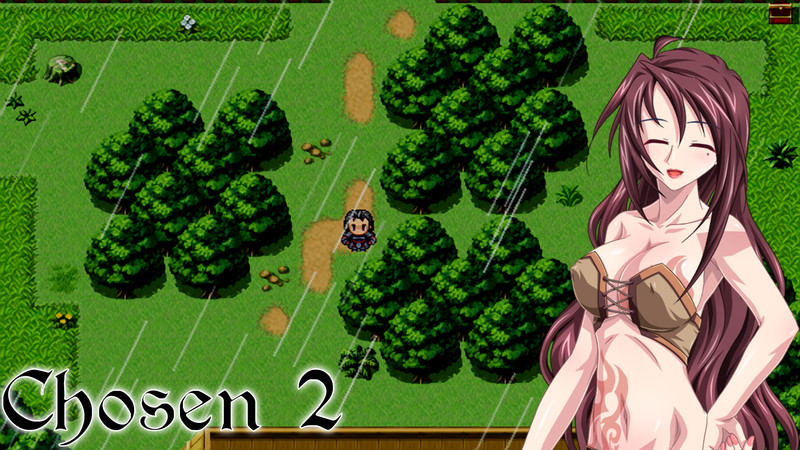 
This game blew me away at the improvements made. The story was more interesting, albeit harder to follow - although it's possible I wasn't paying as much attention and am more tired - and slower. However, the combat improvements more than make up for it. The lack of a completely overpowered stun which works even on bosses makes it MUCH more balanced, and the party layout is also more traditional - 2 fighters, a mage, and a healer. Bosses do a lot more damage, but unfortunately, have MUCH less HP than in Chosen 1. As such, they remain pushovers, which is truly a loss, because this game could have had some interesting boss fights. Altogether, this is a MASSIVE improvement over the first installment; I was extremely skeptical after the "To be continued..." but boy, I wasn't disappointed.

Play this for closure if you've played the first one. It's much, much better and more enjoyable. However, to newcomers of the series - I'd still recommend some other RPG. However, for as cheap as this one is, if you want to save your cash - try it out. It's pretty decent.
EDIT: Additionally, the girls undress as they take damage. And they're cute. So...selling point? One's your mom though. Hmm.. I think it was very very short we buy the game to play for awhile not in half of a day playing it, I love the RPG games an this was the shortest game ever I plpayed. A good RPG, good story following the previous game.. That was it? Could have been much better/longer.... The first one was quite enjoyable. A couple points were definitely improved. However, the ease of play is drastically diminished. It is a mess when it comes difficulty balancing. Overall, Extremely difficult to start without grinding, let alone finish. Towards the end, you given a change of situation, which only serves to make it nigh impossible to beat...without having a perfect run of 'luck'.. The main reason i bought this game is because i already played ther first one and im dying to know the "end" of the story.
And of course im enjoying every aspect of this game plot..i mean PLOTS...REAL PLOTS

There are some typo, grammatical errors and a lil' bit misplaced description (including how you put the "ayaka's servant" into the ayaka's status description).

Well despite of the negative comments out there, i do enjoy playing this one in my spare time.
Thank you very much, be waiting for other release(s). This game sucks.
The story continues right after the first game and is built to reuse a lot of old assets(characters, maps, ...). I usually wouldn't mind about the story in general, but every character just acts unusual. It's not at all convincing how they act/react. An example:
The loved one of the main character is in critical danger and is about to die. He just stands there. The question comes up what he's thinking about. An okay answer would be "I'm unsure whether I did the right thing by killing our enemy,
because she offered to save her." oder even "I could never tell her I loved her." He says "I'm thinking of how useless I am."
" instead.
However the gameplay itself is anything but great, too. The first monsters you encounter are pretty tough, so you might just level up a bit. After doing so for some minutes every fight for the next hour is pretty easy, but very annoying. You might eventually come to a point when you can buy stuff and quickly find out that you can buy a "revive" for 60 crystals, but sell it at 120g. This means that you can farm up some crystals for the only time you will actually buy something. The equipment you've just bought is better than almost anything you'll find later on in the game.
The level/map design itself is built in a annoying way. Lots of mazes where you have to push boulders(it's not even a puzzle element, it's just pushing them forward a bit), holes and stairs with no purpose but to send you back a bit and checkpoints every two screens. However they are pointless, because you can heal yourself with potions/spells and save the game at any given time in the menu.
The potions themselves are pretty weird, too. You start out with a few hundred hp per character and potions that heal 500hp. This is fine. At the absolute end of the game your main character might have about 800hp and you will have hi-potions that heal 2500hp and potions that "heal your full health".

TLDR:
The game clearly was not tested, is mostly annoying due to level design/boring fights and the story does not add a lot to the first game. Easy achievements, short game, not worth the 4,99€ by far. This might as well be a free add-on, but it still wouldn't be "good".. This was painful to play. Not as painful as Destiny Warriors, but still pretty painful. This entire game takes place right after the end of the first game as you Edge 'the chosen one' have to escape from the Underworld with the help of your dead mother, and father, and this girl that feels like a secretary. This game is woefully shorter than the first, has even less combat, there is hardly any reward for exploring (there's like 2 side paths in the entire game leading to treasure equivalent to what you can buy in the shop), and the final boss is just blugh.

The finale was the least impactful I've ever seen mainly due to the characters not having much development since the first game, and due to the length of time before the previous entry and this one I forgot who all these people were. Plus the finale you don't even get a chance to re equip your new characters before the final boss, in which kills your entire party in 2 attacks and since you don't have a healer anymore you will be constantly tossing healing items hoping that edge can perform his super move 3 times due to how overpowered it is.

And the worst part is after the 3 form final boss (which isn't needed due to how bad this game is) there's a big long scene, and then a text scroll, after the text scroll something is coded wrong CAUSING AN IMMEDIATE GAME OVER! Which means you have to refight the 3 stage boss fight all over again!. Short story again afterall. actually I hoping more better and long story than this. but happy ending is still my favorite, so I hope another new update like "Chosen 3" =D. It's pretty easy story, afterall you just need to follow the flow and you can found anything the mission need. "the black stone" that akuma mention is after the portal to the sacred tower I though it's "before" because akuma said "before his sister room" so I thought it before the portal but it's not. the wild enemy become more stronger than before version especially "Zombies" and "treasure monster" so it's not easy leveling up and more appearance when walking. the good side is Edge meet with his both parents and Serenity confess her love to Edge, so I like it.. I picked this game up after playing through The Chosen RPG which I enjoyed playing through a lot. What can I say about this game? It's short, very, VERY super short. Like a lot of other reviews have said previously...this game mostly feels like some the "true" ending they forgot to add into the original game and was tacked on as DLC content.

If you enjoyed the Chosen RPG (or Chosen 1) then I would pick this game up mostly just to witness the "true" ending for yourself.