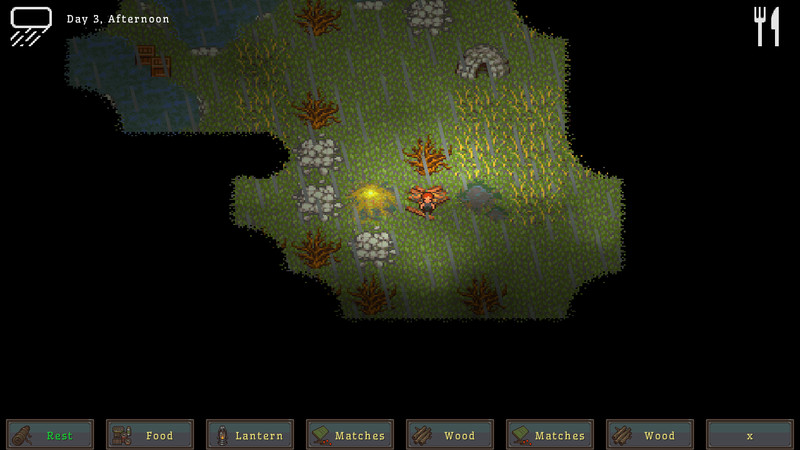 There are two scenarios currently: first one is set on a small island. It's 1926, you're 13 years old and it is raining. You're looking for your lost father.

The second scenario puts you in the role of a mountaineer trying to climb an eight-thousander.

It's a coffee-break game, randomized every playthrough - especially if you like to die a lot during your coffee breaks. b4d347fde0 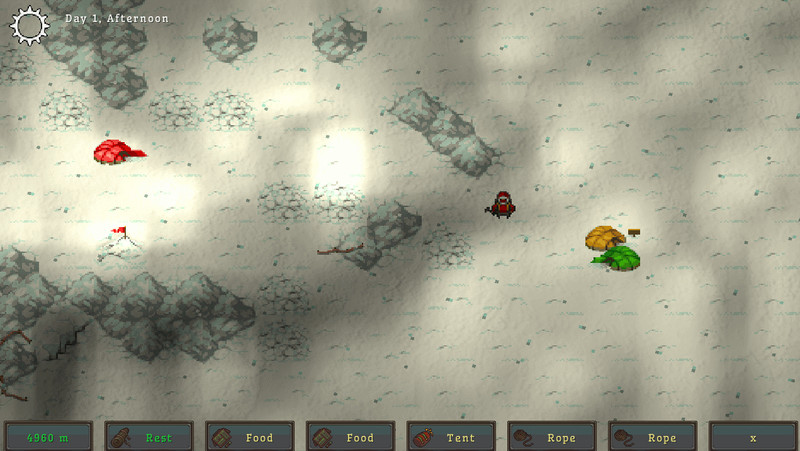 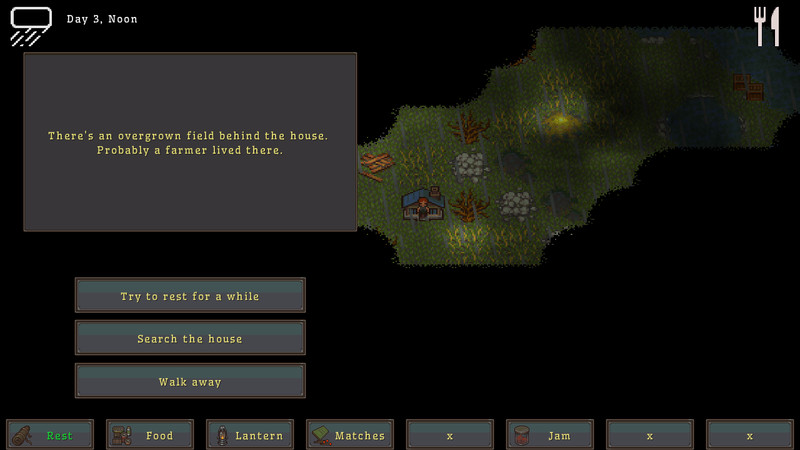 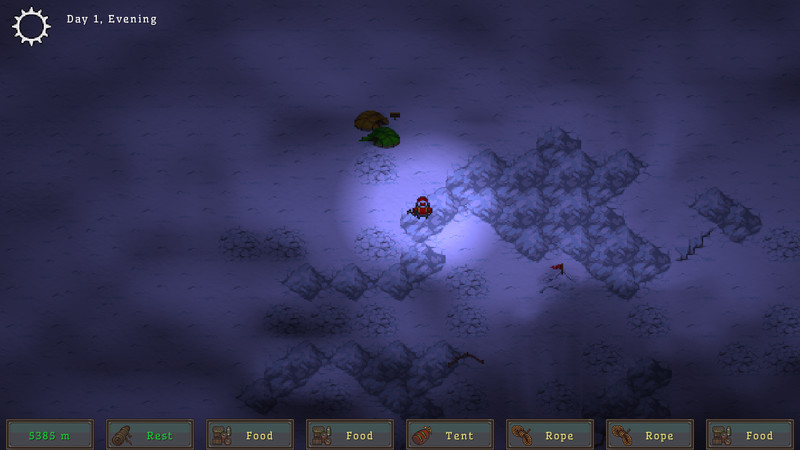 The core mechanics are just aweful, this game is glitchy, and not well developed. There are exploits that give you a chance at winning, but getting 100% of the achievements is almost literally impossible. Too hard, not fun.. Borstal is an interesting duo of miniature survival games in which you play as the most fragile human beings on planet earth. Pitched in the description as more interactive novellas, the two scenarios provided play out like only the most classic turn based survival, harkening more to the style of NEO Scavenger than Rust in that the most engaging aspect is the text based story and randomized encounters rather than the graphics and crafting and whatnot.

Even though both scenarios are similar in structure, I feel that they provided such different experiences that I'll be addressing them seperately. You'll understand why in a moment, as I feel this may make or break a purchase, or at the very least provide some input to the developer.

Borstal, the titular title and "main campaign" is one where you play as a young boy who's trying to find his dad that worked at a--you guessed it--borstal, which in american terms is a Juvenial Delinquency center. In the game's world, the borstal is on an otherwise deserted island. Don't ask how this works, because I have no clue, but don't let it ruin the fun either. Every time you start a new game, the map is completely randomized, and there are obstacles and threats around every turn. You can find clues as to what happened to your dad, and encounter rogue bands of kiddies who, depending on what you've found and how good your RNG is can give you good stuff to help you survive or beat your head in. It's constantly raining, and you need a decent stream of sleep and food to survive until you find your dad. The sooner you do, the better the ending, but when you find the borstal and what you've experienced up to that point can influence the turn of events greatly.

I think I experienced 4 different endings in my time, and there were still options I hadn't made which makes me remember this one a bit more fondly. The over all story is a bit too vague, and I feel as if I missed some huge context clues, but the change of pace and setting to what I've been playing recently and the dumbed down but reasonable survival mechanics made it a joy. Plus, there are some exploits that I discovered that made my later journies much more bareable, though I won't spoil them here as the difficulty is part of the charm. The titular game will take multiple tries, but the rounds are bitesized and I genuinely learned from every mistake I made.

Now we get to the stinker of the bunch, called Mountain. Now, I can see the appeal to making a deathly realistic simulation of scaling a massive mountain, and for the most part, I feel that Borstal succeeds in emulating the experience. But--and this is a big enough but for a Sir Mix-a-Lot song--Mountain suffers from some game ending glitches that shocked and baffled me each time they happened. Now the conceit is more or less the same if a bit more straight forward; reach the summit then make it back to the basecamp. Along the way, there are abandoned tents and what not that have randomized events and visible obstacles that need to be navigated with rope. Your needs are about the same, but the demand for rest and food is increased the higher up you go, and requires you to strategize your ascent so you don't get to the top and not have a way back.

The problem is--and there are plenty of problems with Mountain--is that for every other death I had, there was absolutely no warning or justification for any of it. Now keep in mind, this is a text heavy game; I'm not criticising it for that. However, for every death where I was offered a bleak end to a risk that backfired or mistake I made, there would be points where I wouldn't have a single indicator on my screen that I was low on sleep or health or close to death, and I would take a step forward on completely clear terrain and just get a YOU DIED screen. Then, in an insanely insulting and borderline rage quit moment, I reached the summit, got a standard "you have a headache" type message that you get throughout the climb and made it all the way back, only to realize that that message OVERRIDED the "Good job, now go back." I died almost immediately after. This situation in which the progess message was overrided happened multiple times. Often times I would get to the summit in perfect health, get a "your head hurts" message and then immediately die. Other times I would be in fine health, with no warning signs, get a warning sign that I'm near death, rest in a tent and then die the moment I hit the button. This happened a handful of times. That was also pretty awful. Are you starting to see why this is the bad egg?

After 77(!) tries, I discovered an exploit, did a sidequest, and made it to the top and back without a hitch. I made it back fine because the base camp was only a few tiles away. It was a combination of what was basically cheating and a whole lot of luck. Hopefully the developer sees this and polishes out the bugs, because that ain't good at all.

But Razorbitz, is it worth the 3 dollar price tag? Absolutely. It's definitely old school and the cards are often stacked against you, but for both scenarios you're provided the tools to survive. It isn't a masterpiece, but it's cheap asking price and experimental style makes for a flawed but genuinely engaging adventure. Assuming the kinks are worked out of Mountain, this is a nice surprise from the indie front and I'm glad I picked it up day 1. I never do that. Here's hoping that the developer makes some more stories to throw in over time as well!

. For the price, this is a fairly interesting game.

When I first purchased Borstal, it was still in an early stage of development and had many glitches. The mountain scenario, especially, felt very random, and certain events made absolutely no sense. For instance, I recall when if I simply moved, I would die suddenly and without any prior warning; essentially for no reason at all.

While there are still some random events in each scenario, you are not always destined to doom or success based on how the map generates during a round of play. I think that aspect of the game could be fine tuned even further, but then, this is a game about survival. Sometimes, despite our best efforts, things happen. The real question is that of how you will adapt to your environment and which resources you will choose in order to face the expected and the unexpected challenges ahead of you.

Both scenarios are short and can be completed in less than 10 minutes, but you will not discover everything about each scenario in one round, or even two rounds. Until this week, I encountered storylines that I had not previously seen, having already played each scenario dozens of times. So replay value is high.

This game will not appeal to everyone, but if you are a casual gamer or you need a short game to play everyday before work\/school\/bed, Borstal may be just what you are looking for.. This game is fun for a short while. As in 15 minutes. The price is reasonable considering how the game has little content and a short goal, but that's it. Once you beat the game, there's no point in continuing. AAARRRGGGGGHHHHHHHHHHHHHH!

This game is way too simple, way too RNG, and just feels rushed, lazy, and randomly put together. It's not the overly simple graphics that make this game fail, because I am one of the few gamers these days that can have a hell of a lot of fun with simplistic graphics.

You start the game off with two choices, Borstal or Mountain. Either choice puts you into a spot on a map where you can move one block at a time and then get completely random feedback. Every move feels like life or death because of how fast hunger, tiredness, and ailments move on you or just "pop" up. Theres no skill or strategy here, it's just 100% RNG, combined with utterly simple graphics.

My advice: Roll a dice in real life instead of buying this game. If you roll a 6, you win, if you roll a 5 or less, you die. That's basically what this game is, except that rolling a dice would be more fun and save you some money.

Not recommended, even for the most patient gamers out there.. Pretty glad this is only 2 bucks right now. It's amusing for about 10ish minutes and then there's really no reason to continue. I'm not going to request a refund under the hope that the developer adds.. some content.

That's pretty much it.. This one has some major issues that need to be resolved... It's not ready for Prime Time.

We provided some insight on what could make this game better, and should the Dev choose, then maybe it'll be worth something.

As it is, I cannot recommend it even for Greenlight.. Very minimalist, with a sense of fear all the time. Mostly fear of running out of food or getting sick and dying. It took me 2 tries to figure out that every step i take actually is a big game turn. Once you know that, you are a lot more concious of the steps you take.

I think this has a lot of promise, but i'd like to see the content to be expanded.

For one, i feel like there's an oportunity to make the game richer once you reach Borstal. I heavier text adventure end-game would add a lot.

The inventory has the perfect size, make roaming around the map a more concious effort. However, i barely found myself using lanterns or making fire with wood and matches. All i cared about was food. I think having more item variety and having the items have more impact on the game play would go a long way of extending the play time.

Overall, i enjoyed the half hour i spent with Borstal so far, well worth the little money that's being asked.. This game is simple in a rough way, not in a neat way. Got bored pretty soon.