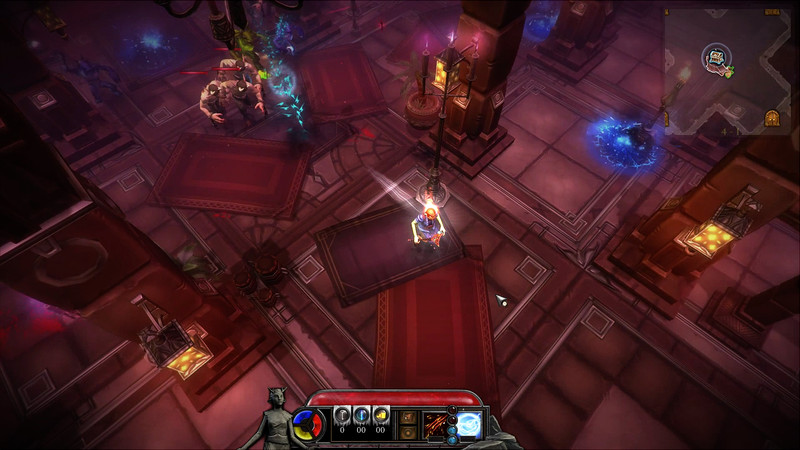 BLACKFAUN is a fast paced roguelike with RPG elements, it is built on the principles of skill-based, challenging combat and replayability.

Players will join a faun tasked with a mysterious quest given to her by her parents. To prove her worth as heiress to the crown, she must battle her way through unforgiving, randomly-generated dungeons on her journey of self-discovery. Along the way, you will uncover an incredible variety of powerful items with over 100 mechanics and thousands of additional stat variations. You’ll fight against cunning and relentless enemies that employ advanced tactics and abilities to exploit your weaknesses.

Featuring a different experience on each play-through, Blackfaun aims to deliver a unique experience built on a solid foundation of fun, intense combat. Drawing inspiration from some of our favorite games, Blackfaun will bring dungeons to life with vibrant colors, clean character designs, and a rich original soundtrack for a fully immersive experience. 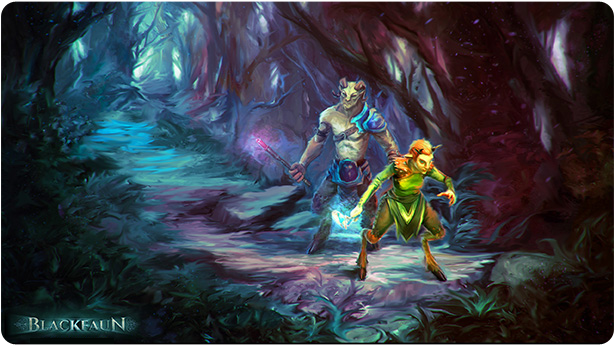 Battle your way through cunning and relentless enemies that employ advanced tactics and abilities to exploit your weaknesses.

Explore unforgiving, procedurally-generated dungeons as you help Eri on her journey of self-discovery. Enjoy endless hours of Blackfaun fun as you experience new layouts on each playthrough.

A LARGE VARIETY OF DIFFERENT ITEMS

Along the way, you will uncover an incredible variety of powerful items with over 100 mechanics and thousands of additional stat variations.

Unfold the relationship between Eri and her estranged brother, Pan, as each character shares their perspective of events. Their mysterious journey is accompanied by a rich and original soundtrack.

VANQUISH your foes as you brave your way through harsh environments, each with its own set of baddies that try to hinder Eri in her quest for truth. 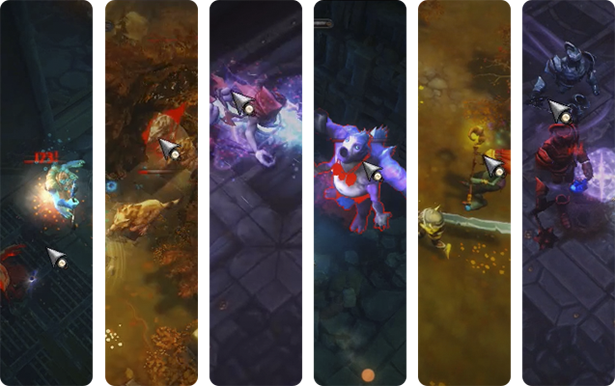 This isn’t your standard ARPG. You’ll be on the move dodging projectiles and melee attacks, pushing enemies out of your path, turning ethereal, and making use of a huge variety of spell effects to stay alive against all kinds of creatures.

DISCOVER tons of items that boost your ability to dispatch your foes! Blackfaun aims to deliver a replayable experience that relies on play skill rather than time-played. As Eri, you will be collecting gear -- hidden throughout the environments and guarded by fearsome boss monsters. 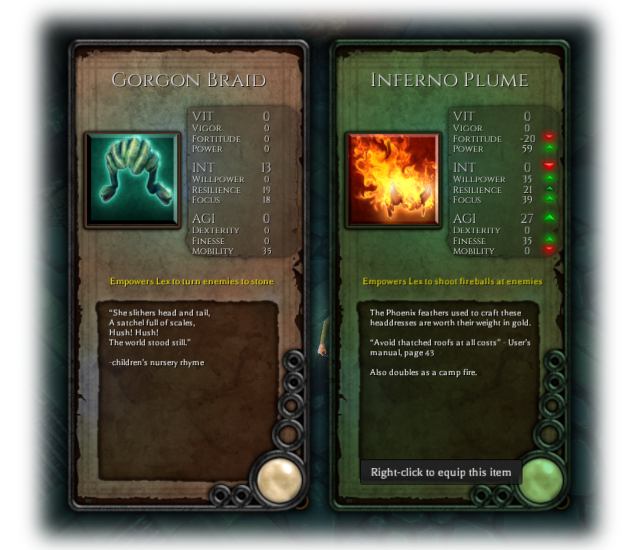 In the process, balance your inventory by choosing between powerful stats and special abilities granted by different items. Be on the lookout for consumables left behind by fallen enemies to help replenish your resources.

NAVIGATE a carefully crafted world -- goblin forests, haunted temples, dank sewers, and decadent palaces. Blackfaun places emphasis on each individual playthrough as its own experience rather than a grind to the top of the level meter.

EXPERIENCE the plot as it unfolds. Eri, along with her birth-rune, Lex, seek to uncover the meaning of the quest her parents tasked her with. Eri is the heir apparent, but must complete her trial before she can claim the throne. On their journey, the two encounter Pan -- Eri’s long-estranged brother. After dismissing him initially, Eri and Lex being to wonder about his intentions as they try to parse his riddles. 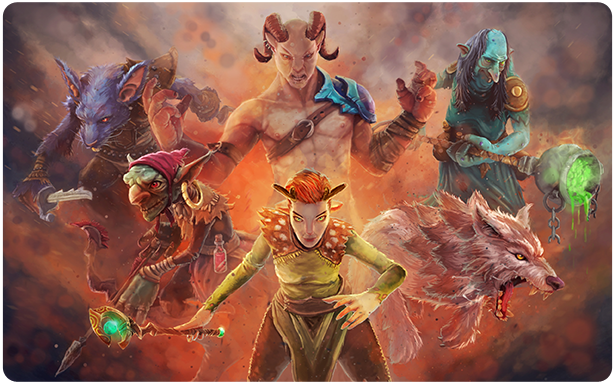 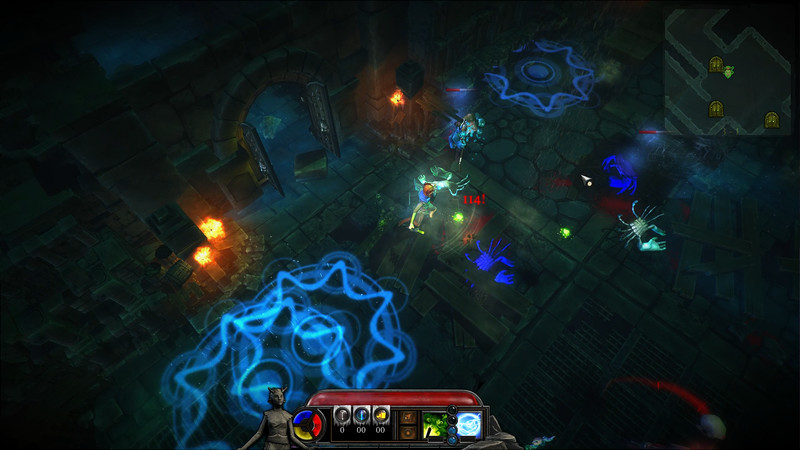 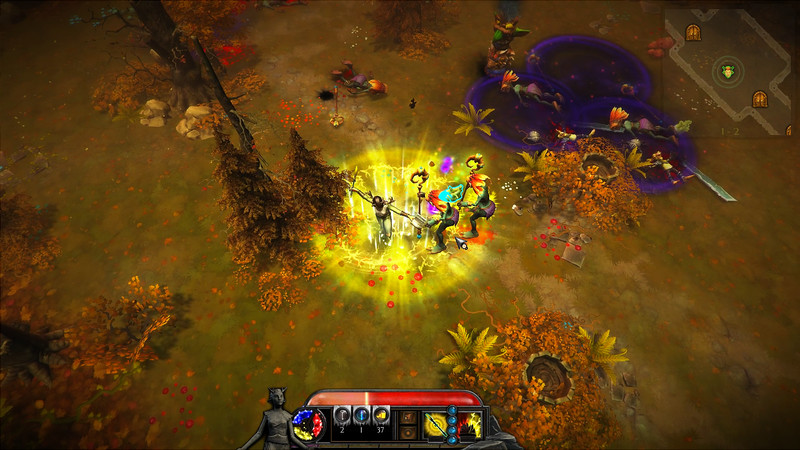 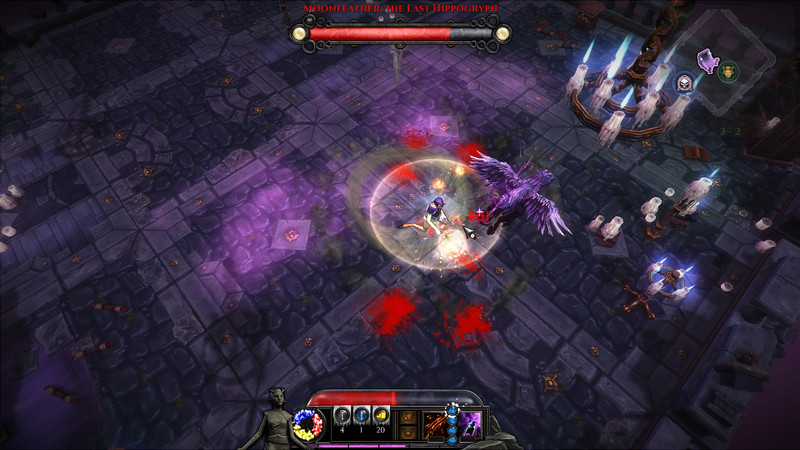 Blackfaun is too early for access. It looks like it will eventually be a decent rogue like. As it stands now, it is overly unclear what is happening (why am I picking up different colored hearts?, what does a candle do?, etc) and it has some game breaking bugs. Example: After stage one my weapon dissapears and I get spammed with error messages. This is not a one time occurance. It happens every time.

I look forward to changing my review when some of the major issues get resolved.. Not a terrible game, but certainly could use some work - but I suppose that's why we're here!

The movement controls are awkward and buggy at best, and the combat is a relatively simple point-and-click. The soundtrack, however, is great and the story is decent enough to have kept me interested all the way through my first playthrough. I definitely enjoyed the game and will likely play it more in thedays to come. It's a great game to use to take a break from more intense MMOs.. The game has bugs on the Mac OS X version. When you die, a screen pops up with no options to click on. It's blank. I had to force quit the game and lost all progress. Sadly it's not ready for OS X user's. It could be the Steam client also. My PS4 controller didn't work either.

The game it's self seems okay, but a little slow for an Action RPG Twin Stick shooter type of game. I need more time with it to really review it, but in it's current state, I can't play it and progress. Oh well...

This is just a warning for OS X user's. I'd report the error, but I am tired of reporting OS X errors which seems to be many here on Steam these days. I never have this issue with Mac Game Store, App Store or GOG games. They all work fine with Mac OS X. Even games I have on Steam that don't work, work when purchased them again from those other sites. Not sure about Steam anymore... I have a lot of games that used to work here on Steam that don't work anymore due to Steam updates.

EDIT: I read the forums and this is a KNOWN bug!!! Windows user's are having the same problem. Fix it please!!!

Operating System: OS X El Capitan version 10.11.6 (64 bit OS). This is a visually stunning game that flows wonderfully...I see some comparisons to Diablo and such, and there's some of that..in<\/a> the best sense...and also has kind of a Torchli... that..in<\/a> the best sense...and also has kind of a Torchlight feel as well, which is nice. Very happy to have gotten this game. It's in it;s early stages, and in a sense, so am I as I write this. Admittedly, it's quite a task to move around with ease (I'm using Keyboard\/Mouse)...walking around feels like driving around in Grand Theft Auto III...that kind of wonky feel, yet still I am getting tremendous enjoyment from Blackfaun thus far. TL;DR: Comparisons to other games are much more blessing than curse; and the positives completely outshine the negatives. No regrets about getting Blackfaun, and lots to look forward to! Enthusiastic thumbs up from me! :). Blackfaun is too early for access. It looks like it will eventually be a decent rogue like. As it stands now, it is overly unclear what is happening (why am I picking up different colored hearts?, what does a candle do?, etc) and it has some game breaking bugs. Example: After stage one my weapon dissapears and I get spammed with error messages. This is not a one time occurance. It happens every time.

I look forward to changing my review when some of the major issues get resolved.. A very fun, very simple game that deserves more attention than it's getting. It's very short, but encourages replays via achievements and unlocks.

How does it work? You have a main attack and a special attack that uses mana. A limited sprint is available. Attacks are modified by the equipment you wear.

Consumables include keys, gold (to buy from shops) and candles (reveal secrets + invincibility).

As you fight, you earn XP which you can use to increase one of three stats (roughly, health, damage and loot drop rate).

Pickups include temporary health in addition to the standard health and mana. They're used instantly on contact. Health drops have been rare enough so far for me that deciding whether to pick them up or leave them for later is a mild strategic consideration.

The only save is a save-on-exit. There's a small level of persistence in the form of unlockable bonuses that you can then equip 3 of to help in later runs, or loot that's unlocked via achievements.

Blackfaun looks like an ARPG but plays more like an arcade-style twin-stick shooter. The ARPG trappings are there (inventory, loot, procedural generation, stats, story, xp) but they're intentionally streamlined. It's very pick-up-and-play friendly.

Blackfaun has gamepad support, but after trying an XBox 360 wireless controller, I decided I liked keyboard and mouse better.

Tons of fun, and at least for me, worth every penny (bought shortly...