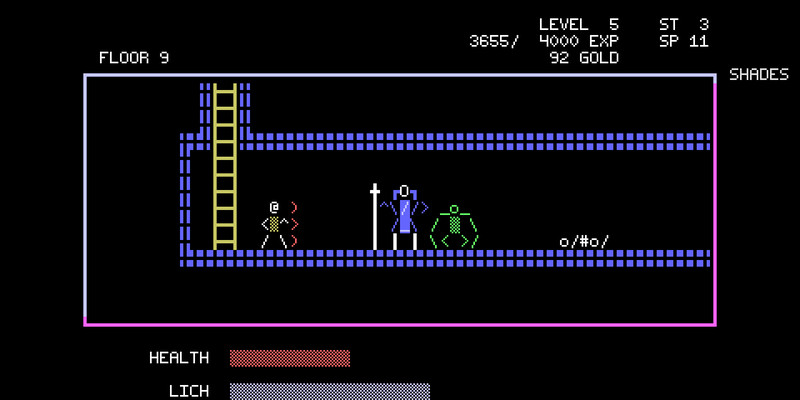 BASMENT DWELLERS is an epic, procedurally generated, next-generation CRPG about killing monsters and stealing their treasure.

- Upgrade your equipment (weapons and armor will break after a while)

- Fight a multitude of dangerous foes like the annoying ROGUE, the insidious BLURK and the terrifying GIANT NOSE

- Sample local cuisine such as MAGGOT PUDDING and MOLD SOUP

- Compete for the highest score

- Descend into Hell to defeat the ARCHDEMON! 7aa9394dea 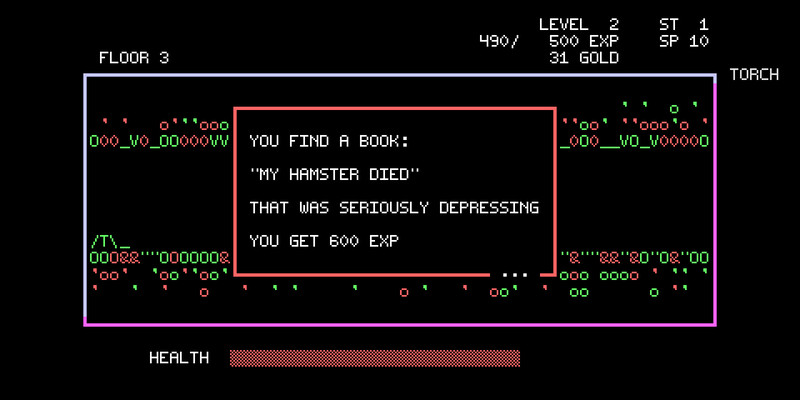 I played 2 lives so far, and I am already hooked! Found a dude selling maps (in game) to see what the map was like and it was MASSIVE at least compared to what I expected. Would be crazy too see wtf is all the way down there.

No tech trees.
No loot grades.
No progress barriers.
No crafting.
No fetch quests.

Just keep pressing left, right, or space until that thing in front of you is dead!

Also, you can't not like a game that has a giant nose as an enemy and a dance floor that gives you exp.. Fun graphics and art design create a nostalgic, old-school feel harkening back to DOS era CRPGs and rogue-likes, simple gameplay and design reduce replay value to a few hours, tops. I would wait until this game is around $5 or on sale rather than its current price.. Another solid Ancient School game. When buying these games, you are not paying for great graphics and sound, that is not the point. You expect the gameplay to hold it up, and this one does.
It's a fairly basic premise, survive as long as you can whilst trying to reach the depths of the dungeon and hopefully meet the final boss and face your destiny. Or die, lots, trying.
No confusing controls, just a game you can dip in and out of and waste half an hor now and then.
Well worth the asking price.
Just be careful what you eat in there!